How to Avoid the 5 Biggest Mistakes In Retirement Planning 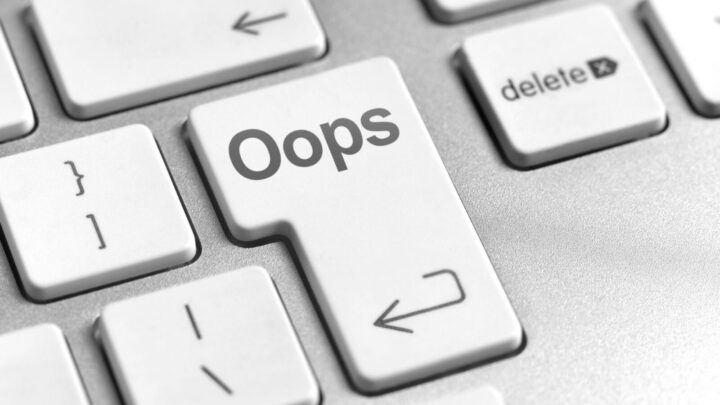 Gabrielle Parle, a senior lecturer in finance and financial planning at the University of the Sunshine Coast, advises early retirees to take a half-empty approach when deciding whether to afford retirement. “Imagine a worst-case scenario and plan for it,” she says. “The probability is [low] but the effect could be catastrophic. “

2. To help your children too much

When you left home, your parents probably had little chance of spending money on your independent living, but today the Bank of Mum and Dad is open for business. Whether you’re helping to rent your children, buying them groceries to help them save, or helping them pay off debt, it all adds up.

According to Parle, retirees often run into money difficulties because they have given so much to their children over the years without realizing the real cost. That is why it is important to document exactly how much you give your children and to check this amount regularly.

“Ask a trusted outside friend who is familiar with Excel to show some simple calculations about the amount of extra money mom and dad would have if they didn’t give the kids a loan,” she suggests. “Ask the children if they would be willing to reciprocate and support mom and dad financially if they ran out of funds, or show how the children might have more money from the estate in the future if mom and dad would not provide the loan. “

3. Underestimate the cost of retirement

They may have big plans for retirement, with travel abroad and perhaps moving close to their children and grandchildren, but retirees often underestimate how much of their money is being spent on daily necessities and unexpected expenses – and that means they are missing out in fulfilling their grand plans.

Parle said this was a common problem simply because you don’t know how to calculate future costs and because most people just don’t like to think about the end of life.

“What often follows is a dangerous cocktail of irrational optimism or fear, emotion, lack of knowledge and understanding, and denial of bad things like our impending death, which retirement ultimately leads to,” she explains.

Parle recommends asking yourself a few basic questions. such as “How much money do we need each year in retirement”, “How long are we likely to live?” “How much interest can we earn on the money we have not yet spent?” and “Are we entitled to old-age pensions ? ‘.

Think about where you will be staying and whether or not your home will be paid for immediately by the time you retire, she adds. Starts at 60 has a lot of information on retirement budgeting – you can start by reading here.

“Economically, retirement benefits those who own their own home, either an apartment or a house,” says Parle. “But for those of us who will never own homes, better alternatives to the tough private rental market could emerge. For example, I know some women who organize themselves to live in a shared apartment when they are retired. “

4. Rely on the retirement pension

While retirement is a great support for many senior Australians, living alone with retirement requires the ability to be on a fairly tight budget, as as of October 2019 it is only $ 24,268.20 per year for a single person and $ 36,528 for one Pair . That’s well below the $ 27,814 for singles and $ 40,054 for couples needed to support a humble retirement lifestyle, according to calculations by the Association of Superannuation Funds of Australia. A convenient retirement requires $ 43,601 per year for singles and $ 61,522 for couples.

If you fear that you will find it difficult to live within the budgetary constraints of your retirement, Parle suggests that, if your health allows, you could consider adding a year or so to your working life to accommodate yours Build savings and a great balance.

“Even a two-year delay could have a significant impact on the retirement savings that you can build,” she says. “For example, 10 percent a year made with a $ 200,000 nest egg equates to an additional $ 20,000 a year. Therefore, someone who delayed retirement for two years would have an additional $ 40,000 to spend on retirement. “

5. Do not set specific retirement goals

That it is important to set goals for the future, that applies to retirement as well as to every other phase of life, as a young adult you have certainly heard time and again from your parents and now also from financial experts.

So before saying goodbye to your coworkers, Parle recommends planning as much as you can about how you will spend your retirement (not just your finances, but how and where you will be spending your days) and knowing that things are going to be at all times can change.

“It’s absolutely important to set yourself goals before you retire and have some math done so you can update your projections as conditions change,” she says.

Find Travel Insurance For The United States – The Telegraph