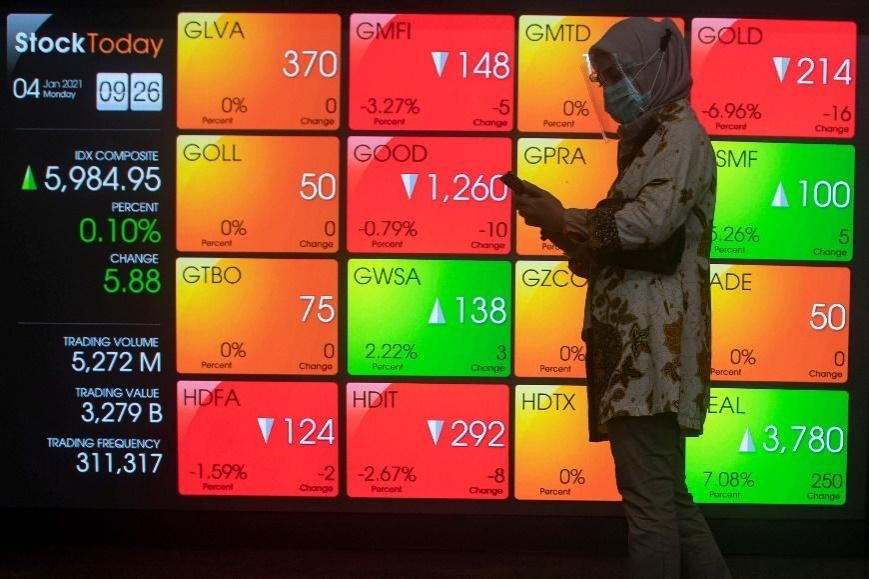 Asian stocks fell mainly on Tuesday as investors continued to worry about China Evergrande Group’s unresolved debt crisis and the potential impact of a worsening power shortage in China.

MSCI’s broadest index for Asia Pacific stocks outside of Japan was down 0.13 percent on Tuesday after mixed trading on Wall Street.

The future of Evergrande, the world’s most heavily indebted real estate developer, is under forensic scrutiny by investors after the company missed a deadline last Friday for paying interest to offshore bondholders.

Evergrande has 30 days to make payment before it defaults and Shenzen authorities are now investigating the company’s asset management unit.

Without referring to Evergrande, the People’s Bank of China (PBOC) said in a statement posted on its website on Monday that it would “protect the legitimate rights of home consumers”.

Meanwhile, increasing power shortages in China halted production at a number of factories, including suppliers to Apple Inc and Tesla Inc, and is expected to hit the country’s manufacturing sector and associated supply chains.

“What we see in China with the developers and the blackouts will have a negative weight in the Asian markets,” Tai Hui, the Asian chief market strategist at JPMorgan Asset Management, told Reuters.

“Most people are trying to figure out what the potential for contagion is with Evergrande and how far it could go. We continue to monitor the policy response and have started to see some shift towards helping homebuyers, which is what we expected.”

Rising bond yields in the United States led to a shift from growth-oriented to cyclical stocks, which analysts expect could become more permanent after a prolonged period of depressed bond yields.

US Treasury bond yields rose to a three-month high, hitting 1.516 percent overnight after the US Federal Reserve indicated last week that fiscal stimulus could be scaled back as early as November.

US investors look forward to speeches from several senior Fed officials later this week and keep an eye on developments in China Evergrande, broker Ord Minnett said in a statement.

In Asian trading, in line with its performance in Monday’s international session, the dollar was up nearly 0.1 percent after rising along with bond yields.

Crypto, embedded payments are among the top trends for fintechs in 2022

A financial tsunami: German expert warns of the impending collapse…