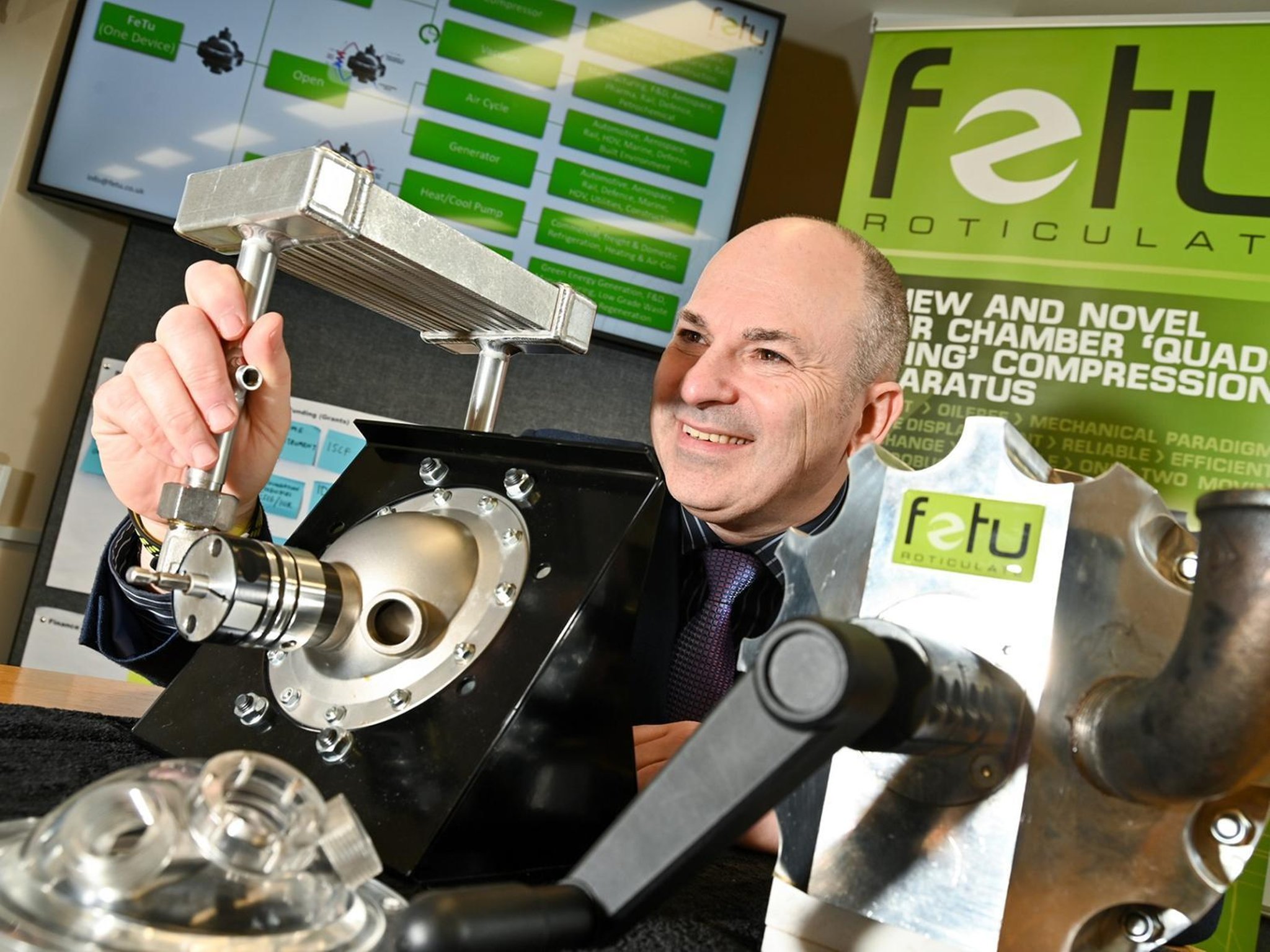 His successful invention of green energy has resulted in a start-up in Elland doubling its workforce in a year, and more job opportunities are set to follow.

Within twelve months, the company was expanded from four to eight employees, this year another three employees are to be hired and an own workshop and test laboratory are to be set up.

The i-newsletter cut through the noise

Designer Jon Fenton founded FeTu in 2017 after a 35 year career in mechanical engineering with the support of Innovate UK and several UK universities.

The FeTu drive is a two-stage turbine designed to reduce both energy consumption and emissions to unprecedented levels worldwide. It has applications in the energy market and a number of other manufacturing industries including aerospace and marine.

Jon Fenton said, “It’s becoming clear that the world has to change quickly to avert climate change, and clean, affordable energy solutions like ours play a crucial role in this.

“We are on the verge of transforming the £ 34 billion global compressor market with technology that will cut energy consumption by 25 percent.”

He added, “The substandard waste heat energy is £ 4 billion a year in the UK alone, and recovering 25 percent of that would offset the combined output of the Drax and Hinkley C power plants. In terms of carbon, that’s 80 million tonnes, 20 percent of the UK’s annual production. “

FeTu predicts that its technology can recover 30-50 percent of the substandard waste heat with a one-year ROI.

Energy solutions: Jon Fenton from FeTu on site in Elland