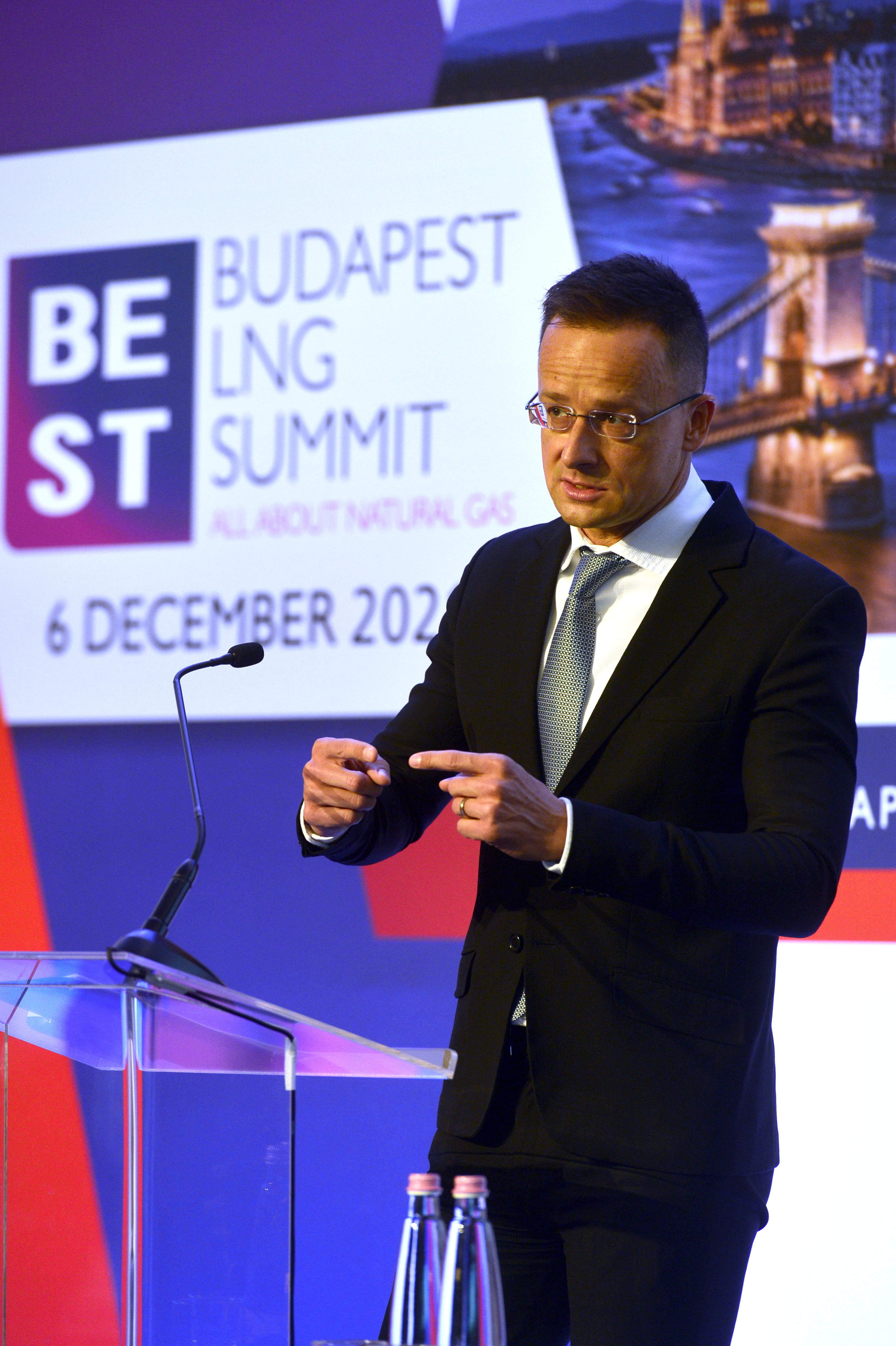 Minister for Foreign Affairs and Trade Péter Szijjártó, who spoke at the third LNG (Liquefied Natural Gas) summit in Budapest on December 6th, denounced European authorities and energy companies for their “irresponsible handling” of Central European energy needs pursued a “comprehensive and responsible” energy policy over the past ten years.

Understandably, European governments have focused everywhere on tackling the coronavirus pandemic for the past two years, but this has resulted in lax energy security and ultimately the “crisis” the continent is currently facing, Szijjártó told delegates in his opening speech at the summit.

“Perhaps we have all seen the continent’s secure energy supply as a fact. But that was a mistake. It’s not a fact; We have to work on that continuously, ”he emphasized.

“That kind of irresponsible practice […] has consequences and a price has to be paid. Unfortunately mainly from the continent’s customers, ”he added.

In contrast, Hungary, where the government and energy authorities have pursued prudent energy policies for more than a decade, is “continuous” [sounding] the minister insisted that the continent’s energy supply was “in the 24th hour”.

“I regret to say it [it], but we Europeans had every opportunity to prepare for and prevent such a situation. […] We should have focused on predictability and professional decision-making instead of making dogmatic and politically motivated decisions, ”he argued, without giving a specific example of these alleged mistakes.

For Szijjártó, the main concern was that the difficulties and costs of moving to a carbon neutral economy had “apparently” been forgotten, and he pointed to four “big mistakes” that had been made, all of which had contributed to that the electricity crisis.

First, he complained that “the region of Europe most exposed and most vulnerable to a given energy source” had not started or even completed any significant investments or projects.

Second, the minister claimed that politics and ideologies “have become too confused with energy issues” in recent years. “It is impossible to heat houses and apartments and it is impossible to run industry with political statements,” he said. Hungary and its neighbors need gas, and to get it “you either have to exploit it or buy it”.

In addition, Europe has given itself “a short-sighted way of thinking”; strategic decisions to fully utilize the storage capacities were either not made or not implemented. This third mistake meant that Western Europe had “much smaller” reserves than in previous years and, implicitly, was less able to handle recent price hikes.

As for the fourth mistake: “While we were talking about our Green Deal, how to get to 2030 and 2050” [climate change targets], the forms of energy in the transition period were negatively discriminated [against]. ”This led in particular to an“ unnecessary anti-gas and anti-nuclear power ”mood, which hindered clear thinking on energy issues, he argued.

As a result of this hesitation and poor decision-making, Hungary had little choice in defining its energy policy in general, and its gas policy in particular. The minister alleged that this resulted in a condemnation from Western circles that was more than a little hypocritical.

“A bunch of contradictions”

“We have received a lot of criticism in recent years because of our energy cooperation with Russia. For us it’s a little, well, not a little, a lot of contradictions, because those who criticized us did nothing to change that situation in the region; namely to be exposed to a gas and an energy source, ”said Szijjártó.

He stated that Hungary had “received no help in this regard,” which sounded a bit insincere when you consider that all interconnection projects had benefited from significant European Union funds.

Still, Szijjártó insisted that “everyone knew” that Hungary’s former long-term gas contract with Russia would expire at the end of September and that this “could create a whole new situation in the region”. However, no additional gas sources have been added to the country’s energy mix.

“I have conducted dozens of negotiations with the western companies that have the rights to exploit the offshore gas field in the Romanian Black Sea. And they promised me that the final investment decision will come and that we can count on this new resource in our upcoming energy mix, ”he said. Hungarian companies “even signed contracts with these Western companies to buy gas from them”.

But to this day, not only have final investment decisions been made, he complained: “Now we have heard the news that these contracts are being terminated by these western companies!”

In view of this situation, Hungary had no choice but to sign another long-term treaty with Russia.

“Of course I can only speak from my own experience, but I have to tell you that I am negotiating with [the leaders of Gazprom] wasn’t the easiest part of my practice. But once we were in agreement, these agreements were always kept. Our cooperation with Gazprom, and this is once again an experience, not a political statement, has always been reliable and fair, and I see no reason not to continue, ”concluded Szijjártó.

Hungary participates in the development of the energy infrastructure: Szijjártó

Hungary has “always supported projects and plans that contribute to Europe’s energy security and will continue to do so,” emphasized Foreign Minister Péter Szijjártó in his address.

He referred to the construction of the LNG terminal on the island of Krk in the Croatian Adriatic as a project supported by Budapest from the start with a connection line between Hungary and Croatia that enables gas flows in both directions as required.

It’s not a game changer, but “as far as the historical situation is concerned, it’s something really new because it gave us the opportunity to sign a long-term gas contract with a non-Russian company for the first time in our history. We have signed [contract] with Shell to buy 250 million cubic meters of gas annually over a period of seven years. That has made LNG gas part of our national energy mix and, in a certain way, definitely helps us to maintain one of the lowest operating costs in Europe, ”explained Szijjártó.

In addition, Hungary has made “considerable efforts” to connect the country to the southern gas corridor.

“We have all done our homework with the construction of the connection lines to Romania, Croatia, Slovakia and Serbia,” he explained. With the exception of Slovenia, Hungary is now physically connected to six of the seven high-pressure gas pipeline systems of its neighboring countries.

This article was first published in the print edition of the Budapest Business Journal on December 17, 2021.

Banking covers the nation but continues to plunder

When is the right time to change your car insurance?

Key Pieces Of Escort In Mexico