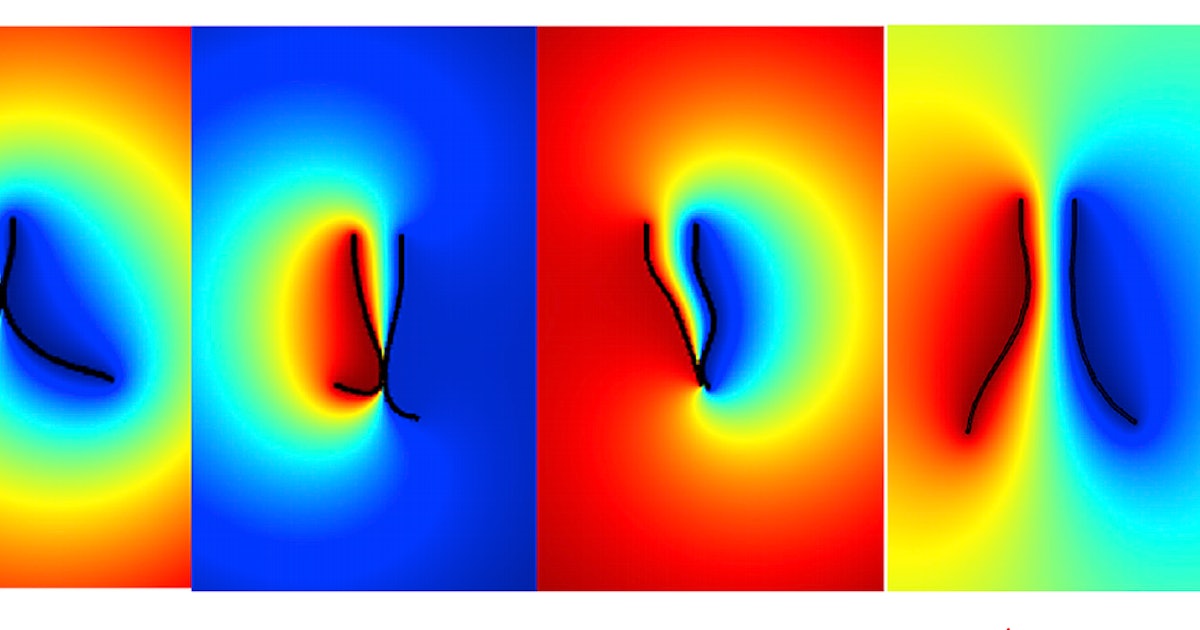 Wind is one of the most abundant natural energy resources on earth, but it can be difficult to extract the last breath of energy from it. Large, industrial wind turbines are expensive. They are also the frequent target of NIMBY ism – the noise and appearance of such turbines are not exactly “scenic”.

As an alternative, scientists want to develop miniature generators that instead extract ambient energy from the air. For example, this could be as simple as taking advantage of the breeze that comes with running.

Now a team of scientists from China has demonstrated the most efficient nanogenerator yet, which uses simple physical principles to generate enough energy to 100 LED lamps light up with a gentle breeze of 3.4 miles per hour.

In a study published on Wednesday in the journal Cell Reports Physical Science, the researchers explain in detail that their nanogenerator – which looks a bit like a hair dryer with a transparent hose attached to the front – uses both the triboelectric effect and the Bernouilli effect. The first describes what happens when you rub a balloon over your hair and static electricity makes it stick, and the second refers to the fact that the faster air goes through something, the less pressure it experiences. When just the right air speed is flowing through your generator, two fluttering sheets of film are pushed together and pulled apart to create an electrical charge.

The lead author of the article and researcher at the Beijing Institute of Nanoenergy and Nanosystems, Chinese Academy of Sciences, Ya Yang, said in a statement that such a generator represents an opportunity for inexpensive, mobile generation of wind energy

“Our goal is to solve the problems that conventional wind turbines cannot solve,” says Yang. “Unlike wind turbines that use coils and magnets where the cost is fixed, we can choose inexpensive materials for our device. Our device can also be used safely in nature reserves or cities as it has no rotating structures. “

When the wind blows – To make their device, the researchers made a pair of laminated foils made from a combination of ferroelectric polymer and fluorinated polymer, both of which had previously been tested for their ability to collect electrical charges.

The researchers hung the foils side by side in transparent plastic tubes and then tested how they would react to different air velocities. They found that the films had four different states: stable without contact, out of phase flutter, in-phase flutter and chaotic flutter.

Looking at the tension generated during these various scenarios, the team found that the out-of-phase flutter generated the greatest tension, thanks to a combination of the largest number of surface contact points and the largest amplitude between the films when pulling a part.

These two films, called B-TENG, generate electricity by crashing together and pulling apart in the blink of an eye. Yang et al. / Cell reports physical science

The generator performed at its best at wind speeds of 8.9 to 17.9 mph (4 – 8 m / s) – equivalent to a fast jogging or a fast bike ridethe study suggests. But the researchers say they could only generate electricity from the wind waving its arms from someone.

With this energy they could Makes 100 LED light bulbs, as well as a temperature and pressure sensor, report the researchers.

Yang highlights two goals to the front. First, the team hopes to make the generator as small as possible, smaller than a coin, so that it can be incorporated into portable electronics like a cell phone. If this succeeds, it may be possible in the future to charge your phone with the same wind that occurs when you take your 10,000 steps.

Yang also wants to work on scaling the technology up.

Abstract: Wind energy is one of the most cost-effective sources of energy today. Some techniques have been developed to intercept wind energy, but using a lower flutter speed while maintaining high conversion efficiency remains a challenge. Here we report on a triboelectric nanogenerator consisting of two interacting triboelectric films with four flapping modes that allow an effective working wind speed of only 1.6 ms-1 and a high conversion efficiency of 3.23%, which to our knowledge is better than previously reported Wind energy cleanup values. The output of B-TENG can be determined by device size and flow rate; the optimized device has an output voltage, a current and an output of 175 V, 43 mA or 2.5 mW with dimensions of 3 x 8 x 2 cm ^ 3 at a flow rate of 8 ms-1. The B-TENG can pave the way for future porch devices for a number of applications in Q2 on site.

Mortgage Advisor Wins Payout After Being Dismissed For…