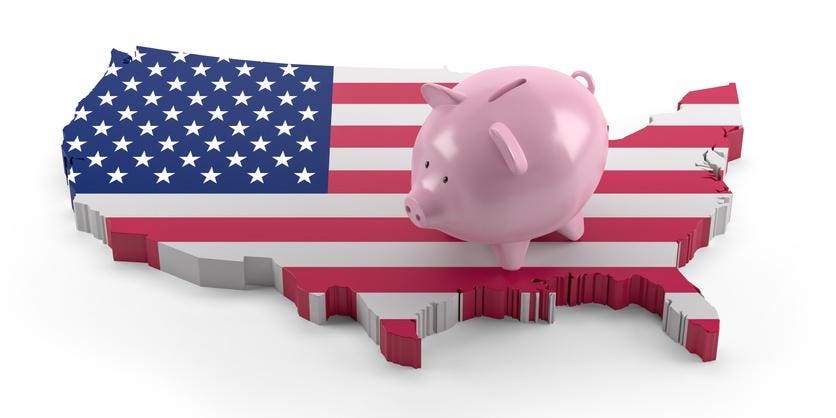 Colorado and New Mexico recently announced an innovative approach to managing their new federally sponsored retirement programs. Under a collaborative agreement, the Colorado Secure Savings Program and New Mexico Work and $ ave will work together on program administration and financial services, marketing, data collection, and participant privacy. Such partnerships can provide a cost-effective way for states to help workers who do not have employer-funded plans to save for retirement.

While partnership is new to government sponsored programs, these retirement programs are becoming more common across the country. Over the past decade, states have stepped up efforts to address the immense retirement challenges Americans face. Your efforts are justified.

In addition, the coverage by company pension schemes varies greatly depending on occupation, wage level and part-time / full-time status. According to data from the Bureau of Labor Statistics’ National Compensation Survey, 84 percent of managerial and professional workers in the private sector had access to an employer-sponsored plan in 2019, compared with just 41 percent of service workers. Only 39 percent of part-time workers had access to a retirement plan, compared with 77 percent of full-time workers.

According to the Georgetown Center for Retirement Initiatives, 46 states have already enacted, investigated, or considered laws that would introduce state-sponsored retirement programs. Currently, 14 states and two cities have state-sponsored retirement programs for private sector workers. Six states (California, Connecticut, Illinois, Massachusetts, Oregon, and Washington) are open to employers. Massachusetts and Oregon launched programs in 2017, while Washington opened its marketplace in March 2018. The Illinois program started in 2018, followed by California in July 2019. The remaining states are working on the program implementation.

And there were new developments in Maine, New York, and Virginia. Maine passed law to create a state sponsored program for employees whose employers do not offer retirement plans. Beginning in 2023, Maine employers with 25 or more eligible employees will set up a payroll to allow their employees to participate. By 2024, the program will include employers with five to 14 eligible employees. New York employers who do not support retirement plans will enroll their employees in the New York Secure Choice Savings Program. Originally launched as a voluntary program in 2018, Governor Kathy Hochul recently signed an amendment to the law requiring private employers to automatically hire employees. Virginia legislature passed laws creating the VirginiaSaves program. Now employers in the state with 25 or more full-time employees who do not offer a retirement plan are required to automatically enroll employees. Workers could opt out or change their savings rate.

Although every state effort is different, the most popular type of program the states run automatically enroll workers into low-cost, moderate-risk retirement accounts known as auto-IRAs. Typically, government-sponsored programs require private sector employers who do not have pension plans to provide their employees with access to retirement accounts through payroll deductions. These programs are monitored and managed by the state, while the investments are managed by private companies. Employees in states offering these programs will have access to these retirement accounts when they retire.

From a retirement perspective, it is encouraging that so many states are taking action to help workers save for retirement. Equally promising is the fact that these new retirement programs have received strong public support.

A recent nationwide survey found that the vast majority of Americans (72 percent) think government sponsored retirement programs are a good idea, with high levels of support across party and generational lines. Three-quarters of Americans say they would join these retirement programs if offered in their state and say they are very positive about features like portability and low fees.

Three-quarters of Americans say they’d be on a government-sponsored retirement program, though … [+] offered.

It’s important to note that these government-sponsored programs provide convenient access to basic financial services that many consider universal, even if more than seven million households don’t even have a bank account. These retirement programs are inherently a protection for employees who lack workplace plans like retirement and 401 (k) accounts. Ideally, the government sponsored programs will encourage more employers to offer their employees retirement plans. Employer-funded retirement plans have benefits that are not available to government-sponsored plans, including employer contributions. In fact, research suggests that more employers in states like California, Oregon, and Illinois are moving to plan sponsorship in response to the new state-sponsored programs.

Looking ahead, it will be important to observe whether these government efforts are effective in stimulating savings while reducing poverty and the burdens on the safety net. It will also be crucial to evaluate and examine the experience of states with ongoing programs. Government-sponsored austerity programs, coupled with action in Washington, DC, are steps in the right direction to address the alarming shortage of retirement savings that working Americans face.

Apple has doubled its business in India, CEO Tim Cook says that nearly a third of its sales come from emerging markets

The future of open banking is a blur for US consumers