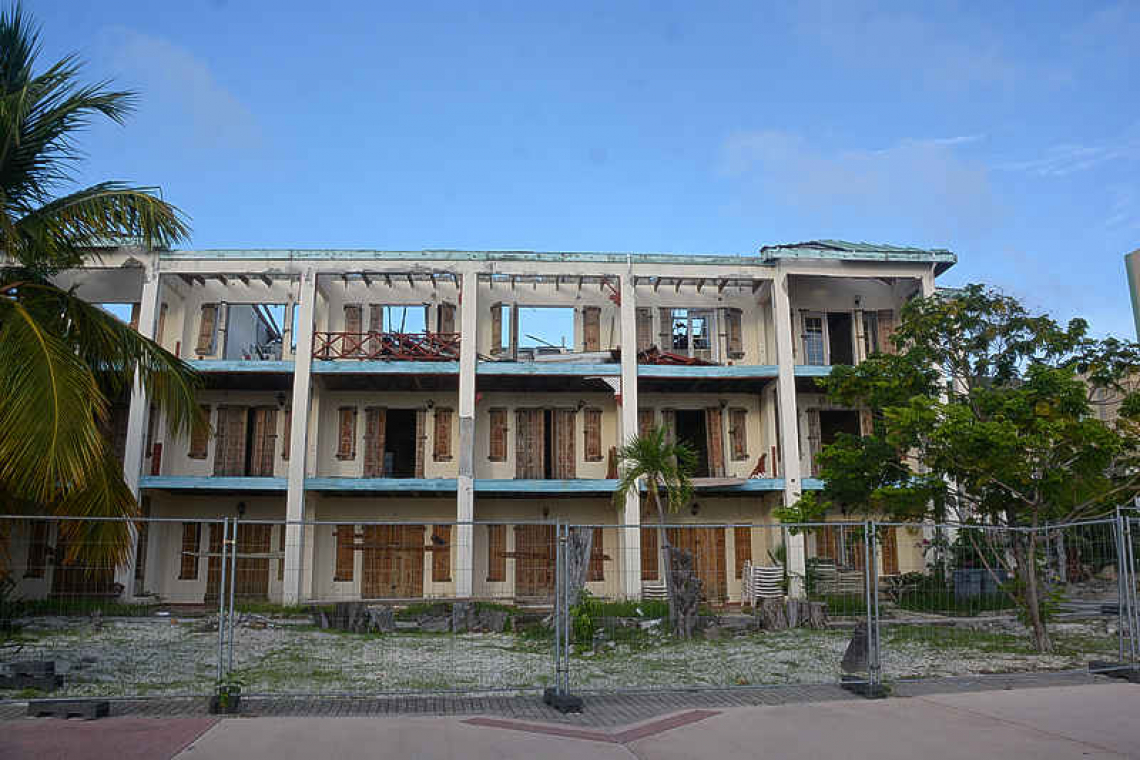 WILLEMSTAD / PHILIPSBURG – Pasanggrahan Hotel has a claim against insurer Nagico for 5.5 million US dollars for the damage caused by Hurricane Irma in September 2017. A declaration of entitlement for this was recently issued by the court of first instance. The verdict was released this week.

The hotel had stated that it pays its bonuses annually. It had applied for only the old main building, which also includes the hotel’s kitchen, to be insured against fire. After Hurricane Irma, it became clear that the hotel had fallen victim to Nagico’s sloppiness and the Babylonian language confusion between Nagico and his agent Oriental. “A sloppiness that Nagico ‘uses’ to claim that the three-story building, which consists of 18 hotel rooms, is only insured against fire,” said the judge.

The old main building is the original monument from 1904 with lobby, bar, kitchen and restaurant. The warehouse building and the three-story building with hotel rooms are therefore wrongly no longer insured against hurricane damage.

The hotel states that a mistake made by Oriental should be attributed to Nagico since Oriental was acting on Nagico’s behalf. The insurer rejects the claims. The court advises that Nagico must continue to provide cover, which prompted Nagico to rely on an arbitration clause.

The judge stated that the documents, particularly the email correspondence between the hotel, Oriental and Nagico, and the forms filled out by the hotel indicated that few precise terms were used to designate the various buildings.

“It seems that everyone assumes that they know the situation on site very well, so that there can be no misunderstandings. This also corresponds to the smallness of St. Maarten and the level of awareness of the hotel, which is partly a listed building and is located in a prominent position on the Boardwalk. Only: This sloppiness creates problems when damage actually occurs. “

If you just look at the description in the policy, it would be clear to anyone familiar with the local conditions that the description means that only a single building is insured against hurricane damage and the rest of the complex is not, the judge concluded.

“That is actually not possible, because it means that the remaining buildings are insured much less than the three-story building. That is not easy to understand, because as a hotel owner, why should you only insure one building of the entire complex against hurricane damage? “

According to the court, there was a misunderstanding in the communication of the Hotel-Oriental-Nagico chain in 2013, which resulted in Nagico’s negligence on the 5th compared to the previous guidelines.

In the contracts after 2013 this remained in the policies because nobody thought of it anymore and because Nagico, as the hotel rightly argues, sometimes only sent an extension certificate, so that no breakdown of the sum insured for the individual buildings was visible.

In summary, the court is of the opinion that three buildings are part of the cover against hurricane damage. Fire insurance only applies to the main building with offices and reception area, as hurricane damage is covered by the contractor’s policy. This means the other three buildings together had hurricane coverage of $ 5.5 million on September 6, 2017 when Hurricane Irma hit.