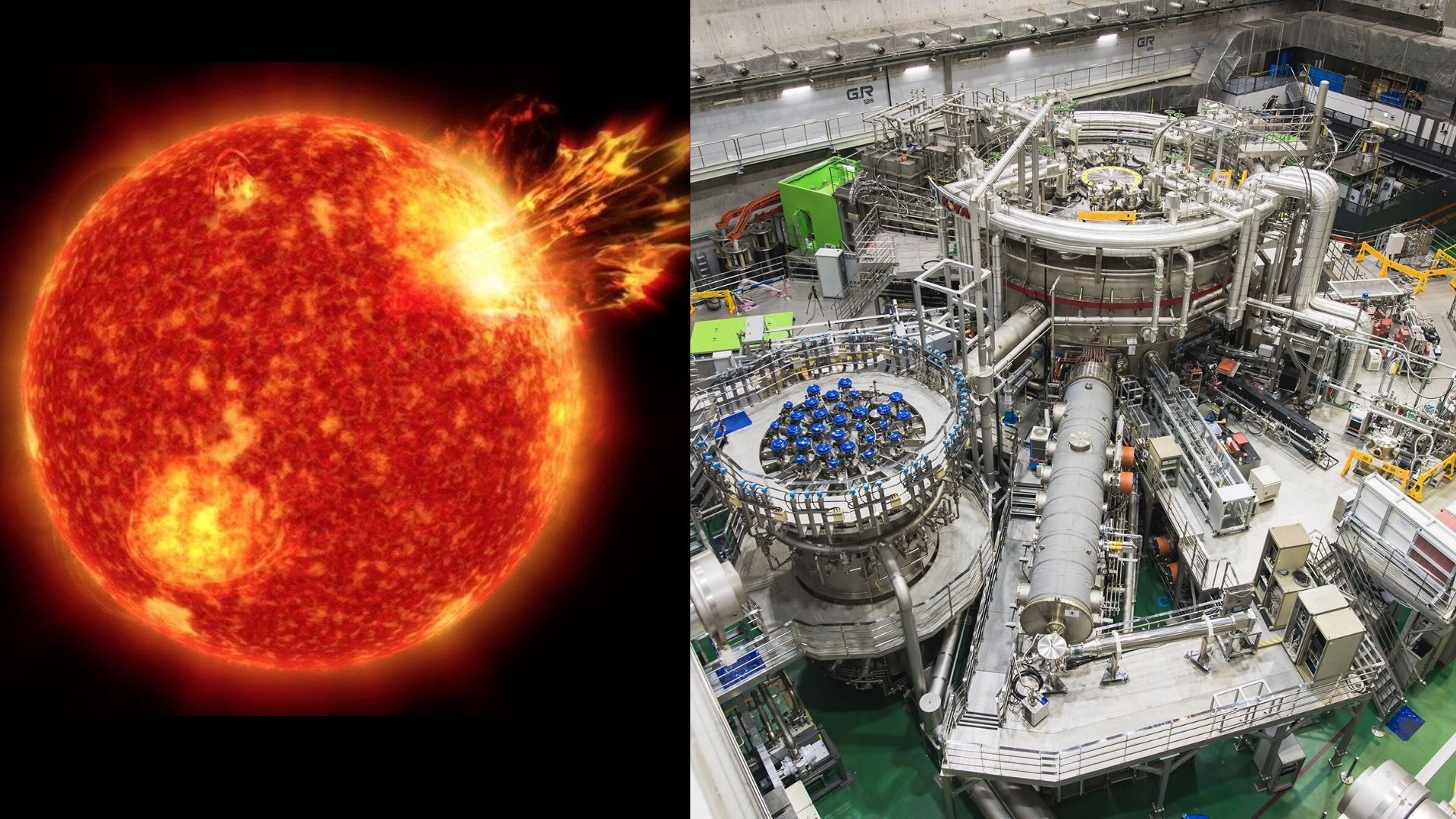 The researchers’ goal of bringing nuclear fusion – the process that powers the stars – to Earth was supported after the Korea Institute of Fusion Energy’s Korea Supraconductor Tokamak Advanced Research (KSTAR) reactor provided 30 seconds of super-hot plasma in one Has held a magnetic field.

The achievement marks a step forward in scientists’ efforts to take advantage of the fusion taking place in the heart of the sun and then reproduce it on earth in a controlled manner.

If successful, fusion energy will provide the world with a safe, sustainable, environmentally friendly and abundant source of energy.

Fusion is almost the opposite of nuclear fission (which powers the world’s nuclear reactors). While fission consists of breaking heavy atoms like uranium, fusion involves striking light atoms together to create heavier atoms and energy.

Fusion is a cleaner process because it does not generate radioactive waste and it takes place with light and abundant materials like hydrogen, which can be obtained from seawater, instead of expensive and rare elements like uranium or plutonium.

In theory, one liter of water could provide enough raw material for fusion to generate as much energy as burning 300 liters of oil.

Nuclear fusion devices like KSTAR, known as tokamaks, replicate plasma, a state of matter created under the massive gravitational pressure and intense heat of stars like the sun.

In this super-hot stellar plasma, hydrogen atoms collide at high speed, creating helium atoms. In doing so, these fusions generate enormous amounts of energy that are radiated by stars.

To copy this, tokamaks – often referred to as “artificial suns” – have to heat heavy helium (deuterium) with lasers to temperatures of up to millions of degrees Fahrenheit and enclose it in strong magnetic fields.

To create fusion energy, these artificial suns locked the plasma in at these temperatures long enough for atomic nuclei to begin collapsing.

In 2016, KSTAR set a world record for maintaining heated plasma by containing plasma heated to 90 million ° F for 70 seconds. That record was broken by China’s Experimental Advanced Supraconductor Tokamak (EAST) in 2017 when it withstood a plasma of 90 million ° F for 102 and seconds.

While this temperature is hotter in fusion processes than in the sun (approx. 60 million ° F), since the researchers here on earth cannot reproduce the strong pressure that is created by gravity in the heart of a star on earth Temperatures in an artificial sun must be much higher to compensate for this.

This means that the plasma in a tokamak is heated to at least 180 million ° F so that atomic nuclei strike together quickly enough to start nuclear fusion.

KSTAR was the first device to break this limit and generate these temperatures in the plasma for just 1.5 seconds in 2018.

The team improved from that 2019, keeping the plasma at that temperature for eight seconds. KSTAR topped it up again in December 2020 by generating plasma at this temperature and holding it for 20 seconds.

While KSTAR’s new record can’t beat EAST’s record in terms of time, the project’s researchers managed to heat the plasma to that all-important temperature of 180 million ° F.

The KSTAR team was also able to limit this plasma to a record of 30 seconds.

The Korea Institute of Fusion Energy will now attempt to improve KSTAR to extend the time it can hold plasma at 180 million ° F. The aim is to contain this super-hot plasma for at least 300 seconds.

(Left) An illustration of the Sun showing a strong burst of plasma. (Right) KSTAR aims to replicate the processes that go on in stars like the sun here on Earth and recently limited the plasma to super-hot temperatures for a record 30 seconds.
NASA / Goddard Space Flight Center / Conceptual Image Lab / National Research Council for Science and Technology