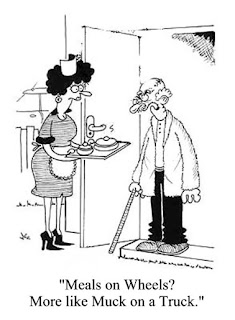 National swimming stars welcomed the building of a new Olympic swimming pool at a school in Tavistock, Devon in a development expected to transform the sport in the west of England

The school has been given the go-ahead to build an eight-lane, 50m pool to train Olympic swimmers and encourage the next generation of young hopefuls.

Made possible in part thanks to 706,000 of Sport England National Lottery funding, the pool will be used to train Mount Kelly pupils, local and regional state schools and swimming clubs from across the country.

Mark Semmence, headteacher at Mount Kelly, says: “This significant investment in the future of the school and for sport regionally would not have been possible without the support of Sport England.

“I am particularly delighted that the new pool will enable Mount Kelly to work more closely with the local and regional community, as 60% of the usage of the pool is designated for local state schools and https://seniorhumor.org swimming clubs.”

With an estimated 1 in 3 children in England unable to swim on leaving primary school, the pool is a vital part of bucking this trend. Scores of primary children from across the region will use the top-class facility.

Olympic and Commonwealth medal winner and ex-Mount Kelly pupil Sharron Davies MBE, said: “I am thrilled.This is a big step forward for British swimming. It will give a huge boost to the chances of more young people reaching international level as well as giving those who simply love the sport to come and enjoy themselves while getting fit.”

British athlete Dina Asher-Smith is a major medal contender at the World Athletics Championships this week. Here we look at how her podium dreams were helped along by a pioneering talent programme

Positive headlines have been few and far between in the world of athletics this summer but one of Britain's brightest young stars and graduates of the Talented Athlete Scholarship Scheme (TASS) will be hoping to correct that at the IAAF World Athletics Championships this week.

Nineteen year-old Dina Asher-Smith lines up in the heats of the 200m in Beijing on Wednesday afternoon with every chance of progressing to the semi-finals and going on to enter the record books as Britain's first female sprint medallist since Kathy Cook 32 years ago.

Ensuring those with podium dreams receive the best possible coaching and support, 24 million of investment over the last 11 years has helped a number of athletes successfully balance the demands of employment and academic life with those of being a medal-winning hopeful.

After scooping her first international title at the Commonwealth Junior Games four years ago, Dina – pictured above competing for her club Blackheath and Bromley AC in 2010 (credit: Mark Shearman) – was singled out as a star of the future and nominated for TASS by UK Athletics Development Manager, Jo Jennings.

“I didn't know much about the programme at the time or the support TASS provides,” says Dina. “But it was Jo that nominated me and to be selected was such a pleasant surprise and something I'm really grateful for.”

It's hard to put into words the impact of the support and how grateful I am.

Further proof of the positive impact of the TASS scheme has been in the medal-winning exploits of its athletes and alumni.

Nearly a quarter of the 200 TASS athletes and alumni that competed at London 2012 came away with silverware, including 15 gold, while 63 current and former TASS athletes celebrated medal success at the 2014 Commonwealth Games.

New study: People who have retired longer signal the need for…