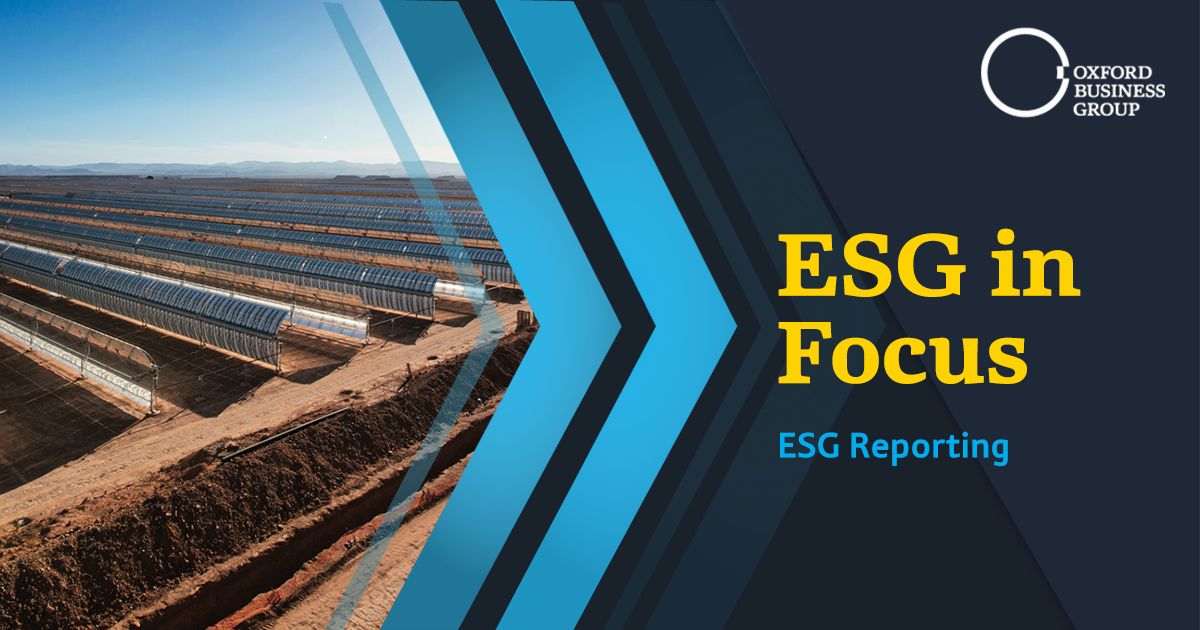 – The increasing importance of ESG reporting has raised questions about greenwashing

An initiative that encourages companies to meet science-based emissions targets has seen significant growth in recent months. The success of the Science-Based Targets Initiative (SBTi) has demonstrated the desire for a more rigorous and universal approach to ESG reporting.

This year, ESG reporting has increased globally, in part in response to increasing scrutiny of the social and environmental impact of companies.

Failure to comply with ESG principles can have real consequences. For example, when the grocery delivery app Deliveroo went public on the London Stock Exchange in early 2021, it lost more than 25% of its value on the first day. Some observers attributed the sharp decline to the company’s reliance on gig economy workers at the expense of the “S” component of its ESG metrics.

ESG commitments have therefore become a business imperative. However, the lack of a globally recognized ESG reporting system has led to the allegation that companies can easily misrepresent their sustainability performance.

The rise of greenwashing

This is often referred to as greenwashing, a collective term that encompasses activities such as selective or incomplete disclosure, symbolic management, distraction, and segregation between what companies say and their business activities.

The problem of greenwashing has grown as companies become more aware of ESG and sustainability issues.

A report released in March this year by the University of Oxford and the Energy and Climate Intelligence Unit, a think tank, found that 21% of the world’s 2,000 largest publicly traded companies have committed to net zero emissions.

The majority of these firms had intermediate goals, a published plan and reporting mechanism, key components of an effective net-zero strategy. But only a quarter met a full set of “robustness criteria” set by the UN’s “Race to Zero” campaign.

In the UK, the number of large companies with net zero policies more than doubled in July 2021. However, a third of this does not take into account the Scope 3 emissions that arise from a company’s supply chain and often make up the majority of emissions.

Other companies rely on offset credits to achieve their goals, a practice that shifts the problem rather than eliminating it at source.

Such corporate tactics have resulted in a concerted effort to encourage companies to provide a more accurate picture.

A team from University College Dublin, for example, has developed algorithms that can detect and quantify greenwashing. The tool, called GreenWatch, uses artificial intelligence and machine learning to scan the corporate communications of 700 global companies. These are then compared with the company’s actual carbon footprints.

Based on these results, GreenWatch categorizes companies into a spectrum that includes “Green Leadership”, “Hidden Green Champion”, “Green Incrementalist”, “Potential” or “Probable Greenwasher” and “Climate Denier”. These classifications help investors identify which companies are sincerely pursuing their ESG efforts.

The need for global standards

Growing misrepresentation concerns could be addressed through wider adoption of science-based goals.

The SBTi is a global body that provides companies with a defined framework for reducing greenhouse gas emissions in accordance with the Paris Agreement. According to the SBTI, science-based goals are driving decarbonization: Between 2015 and 2020, companies with validated goals will reduce their emissions by 25%.

In June 2021, more than 150 companies joined the initiative, bringing the total to more than 600 companies with a combined market capitalization of $ 13 trillion – a figure just below China’s GDP.

A similar initiative is the Greenhouse Gas Protocol, the most widely used set of greenhouse gas accounting standards in the world.

The growing interest in science-based goals has highlighted a wider demand for globally recognized ESG standards. Universal standards would allow investors to better compare companies within the same industry as well as between industries and help them overcome greenwash.

The non-profit International Financial Reporting Standards Foundation is working on a global sustainability reporting standard. Several international fora – including the IMF and the UN – have expressed support for these efforts.

The foundation has announced that it will report on its progress at the UN climate conference in October or November this year and that it will publish a draft standard in mid-2022.

Many emerging economies are disproportionately threatened by the effects of climate change, including rising sea levels, extreme weather conditions, drought and disruption to agriculture. The United Arab Emirates, for example, is among the countries most vulnerable to rising global temperatures, while a 2020 study by Pictet Asset Management and the University of Oxford found water availability issues in Mexico, Indonesia and South Africa will be aggravated.

Therefore, emerging economies have a strong incentive to break through greenwash and support specific, verifiable ESG reports. However, these economies face particular challenges in adapting to a unified approach.

One such issue is language, as the new ESG standards need to be made available to a range of stakeholders. It will also be important that the international protocol does not dampen the performance of emerging economies, many of which are in an energy-intensive development phase. Likewise, in emerging manufacturing centers like Vietnam, job creation and international competitiveness are critical, which can complicate “S” and “G” metrics.

Another important aspect is the cost. Papua New Guinea plans to switch to 100% renewable, indigenous energy by 2050, as does Sri Lanka. However, significant investment will be required to achieve these goals, with Sri Lanka alone requiring between $ 54 billion and $ 56 billion to achieve its goals.

The pandemic has highlighted the need to double down on ESG considerations. With a view to the future, it is to be hoped that internationally recognized, science-based ESG standards will usher in a new phase towards CO2 neutrality, taking into account the special needs of the emerging countries.

11 Reasons You Don’t Want to Retire in Florida