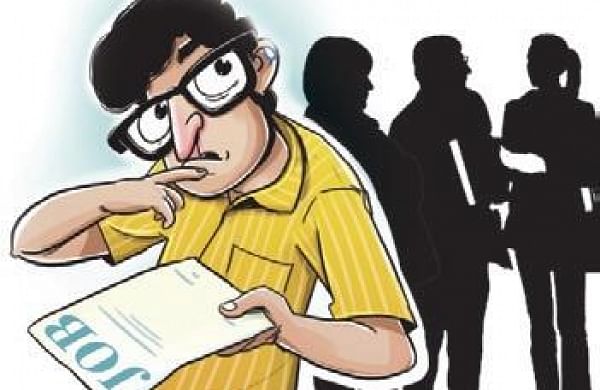 HYDERABAD: The hiring of staff at Indian banks, one of the largest employers in the country, has come to a disappointing halt. Public Sector Banks (PSBs), which have the largest workforce of any commercial bank in the country, hired fewer than 400 employees in FY21, according to basic statistics from RBI’s commercial banks released last week. This is perhaps the lowest net gain in Indian banking history.

Still, it does better than it did in FY20 when state banks, some of which were placed under RBI’s immediate corrective action, cut their staff by about 38,000. The total workforce decreased from over 8 lakh in FY19 to 7.7 lakh in FY20 and remained unchanged in FY21. Much of the downsizing took place in semi-urban and urban branches, while rural and metropolitan areas saw modest increases in the workforce.

One of the reasons for the decline was the streamlining of branches after the bank mergers.
In its largest consolidation measure, ten state banks were merged into four last year. Previously, five associate banks were incorporated into the SBI, while Vijaya Bank and Dena Bank were merged with the Bank of Baroda. Another troubled lender, IDBI Bank, has been taken over by LIC. In fact, the total number of PSBs has dropped from 27 in 2017 to 12.

On the other hand, private and small financial banks made up for the staff shortage in both FY20 and FY21. While they added nearly 1 lakh employees together in FY20, the hiring pace slowed dramatically during Covid-hit FY21 when they only brought about 50,000 newer employees on board. While over 78,000 private banks were closed in FY20, the number of new entrants fell to 17,000 in FY21. Likewise, small financial banks that created 40,000 jobs in FY19 were only able to hire around 9,000 in FY21. In March 2021, the banking sector, including foreign and regional rural banks, employed over 15.6 lakh across the country.

Given the consolidation moves by the PSBs and amid talks about privatization and business streamlining, Indian banking industry attitudes rose a dismal 1.8% in FY21, again perhaps the slowest pace ever recorded. Banks hired about 27,000 in the last fiscal year, compared to 80,000 that were newly created in FY20.