At the center of the compensation regulation of the last instance is the attempt to protect the so-called forgotten, who get through the legal, regulatory and external dispute resolution loopholes through no fault of their own. Simply put, they cannot seek redress because the financial services company that wronged them has collapsed.

Legislation stipulates that the Corporate Watchdog ASIC will oversee the Compensation Scheme of Last Resort (CSLR), but it is set up as a subsidiary of the Australian Financial Complaints Authority (AFCA) with a separate board of directors consisting of a government-appointed chairman and four directors is including an AFCA Industry Director, AFCA Consumers Director, Actuary and Claims Handler.

ASIC has increased powers to suspend or terminate a licensee’s license if the compensation system is forced to pay compensation that the licensee should have paid. ASIC also has the power to deregister a company if it does not pay dues for a year after the original due date. Other powers include the power to monitor and instruct the system.

The main funding mechanism for the program is to levy a levy on five subsectors of the industry: loan providers, credit intermediaries, financial advisors, securities dealers, and insurance products distributors, each of which pays a limited levy of up to $ 10 million. ASIC is charged with collecting the taxes.

To prevent the system from collapsing, legislation proposes a system cap of $ 250 million, subject to government involvement in circumstances where a “black swan” event has occurred.

The top 10 financial firms, including the big four banks, are expected to fund the establishment of the program.

The proposal paper estimates the program will cost $ 16 million in the first year, with financial advice making up the lion’s share of $ 12.3 million, which is $ 544 for each advisor.

This undoubtedly reflects the fact that most of the scandals of the past decade have resulted from poor advice, including the Commonwealth Bank financial planning scandal and the no-service fees scandal.

When it comes to customers, the most controversial proposal is an upper limit on the compensation payout of $ 150,000, which is well below the recommendation by the Royal Commission to align the compensation cap with the AFCA’s cap of $ 542,500. She also suggests excluding judicial decisions from the regulation.

There have been many attempts over the past decade to introduce a system of last resort compensation.

ASIC brought the concept up in a 2014 financial systems investigation by David Murray, but it got nowhere.

Then it resurfaced in 2017 when the then government tried to find alternatives to a royal commission by asking Professor Ian Ramsay to review such a program and make recommendations for such a system, including whether it should be retroactive .

Unsurprisingly, such a scheme attracts heated debates. For example, the Financial Services Council, which represents $ 3 trillion in fund management, super and life insurance organizations on behalf of more than 14.8 million Australians, argued against a system in 2017 on the grounds that it was costly, ” does not represent a good public ”. Politics ”and inherently promotes moral hazard.

“For example, smaller, less-capitalized licensees could adopt less risk-averse approaches and behaviors in the expectation that the system would do the math if something went wrong.”

By 2020, when a system was inevitable, the FSA argued that it “should be limited and carefully targeted to those areas of the financial sector where there are clear indications of recurring problems and uncompensated losses”.

Matthew Rowe, CEO of CountPlus, told The Australian Financial Review that a key concern for him is the moral risk that arises when people or companies take risk, knowing that someone else is protecting them from financial loss.

“Unscrupulous industry participants can continue to harm consumers, act with impunity, walk away only to take the bill for the harm they have caused,” said Rowe. “I strongly encourage the government to study this issue more intensively and to close the moral hazard gap that exists in the current draft legislation.”

CountPlus CEO Matthew Rowe warns of the moral risk of a compensation system of last resort.

Rowe also noted that the law must take into account that advisory licensee firms must have a minimum capital requirement and have the financial and managerial resources to support the advisory in the event of bankruptcy. “Why do well capitalized, high quality consulting licensees have to subsidize undercapitalized, poorly managed operators?” He says. “That makes little sense and addresses the issue of moral hazard again in the draft law.”

This is a fair point and it is undoubtedly raised by a number of organizations in their submission papers.

Consumer groups, including the Consumer Action Law Center and Choice, want the $ 150,000 compensation cap to be lifted in line with the AFCA cap and expanded to include unpaid compensation from courts of law. You also want to include judicial findings.

And while they’re glad the government expanded the program beyond financial advice, they highlight a few gaping gaps, including managed investment programs and funeral insurance.

Gerard Brody of the Consumer Action Law Center said debt management firms must be members of the AFCA from July 1, 2021.

The other loopholes are Buy Now Pay Later and Small Business Lenders, as such businesses are not required to be a member of the AFCA. “This is a significant loophole – employees should have confidence that they will be compensated for any successful claim with AFCA, even if the company is a voluntary member of the AFCA.” 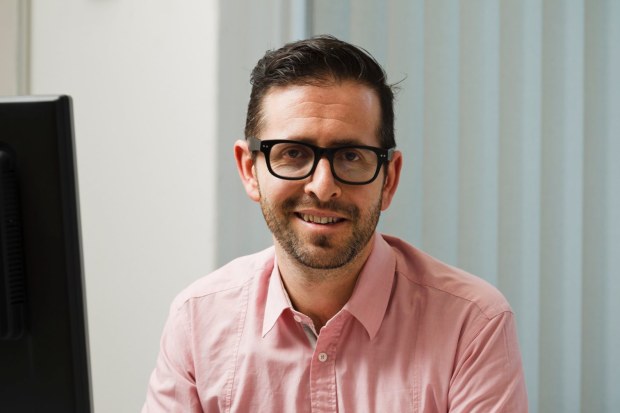 Choice’s Alan Kirkland pointed out other loopholes, including funeral insurance, and highlighted the Aboriginal Community Benefits Fund (ACBF), now known as Youpla, which was slammed by the Royal Commission for widespread mis-selling of funeral insurance to First Nations.

A number of complaints were filed with the AFCA, which led to a series of decisions awarding compensation to customers. There are concerns about the group’s ability to make reparation payments, which means that indigenous peoples who have paid tens of thousands of dollars in rewards do not have access to compensation.

Earlier this year, AFCA suspended complaints against bankrupt financial firms, a delay that has created immeasurable stress and anxiety among those waiting, including Sterling Group investors. Because of this, time is of the essence to get the program up and running.

But as with most things, it will boil down to politics.

Why You Might Need Dormitory Insurance For Your College-Linked Child

Institutional investors who are betting on a decline in the stock…

That one investment could bring in more than $ 32,000 in retirement…