Faraday starts on the US stock exchange 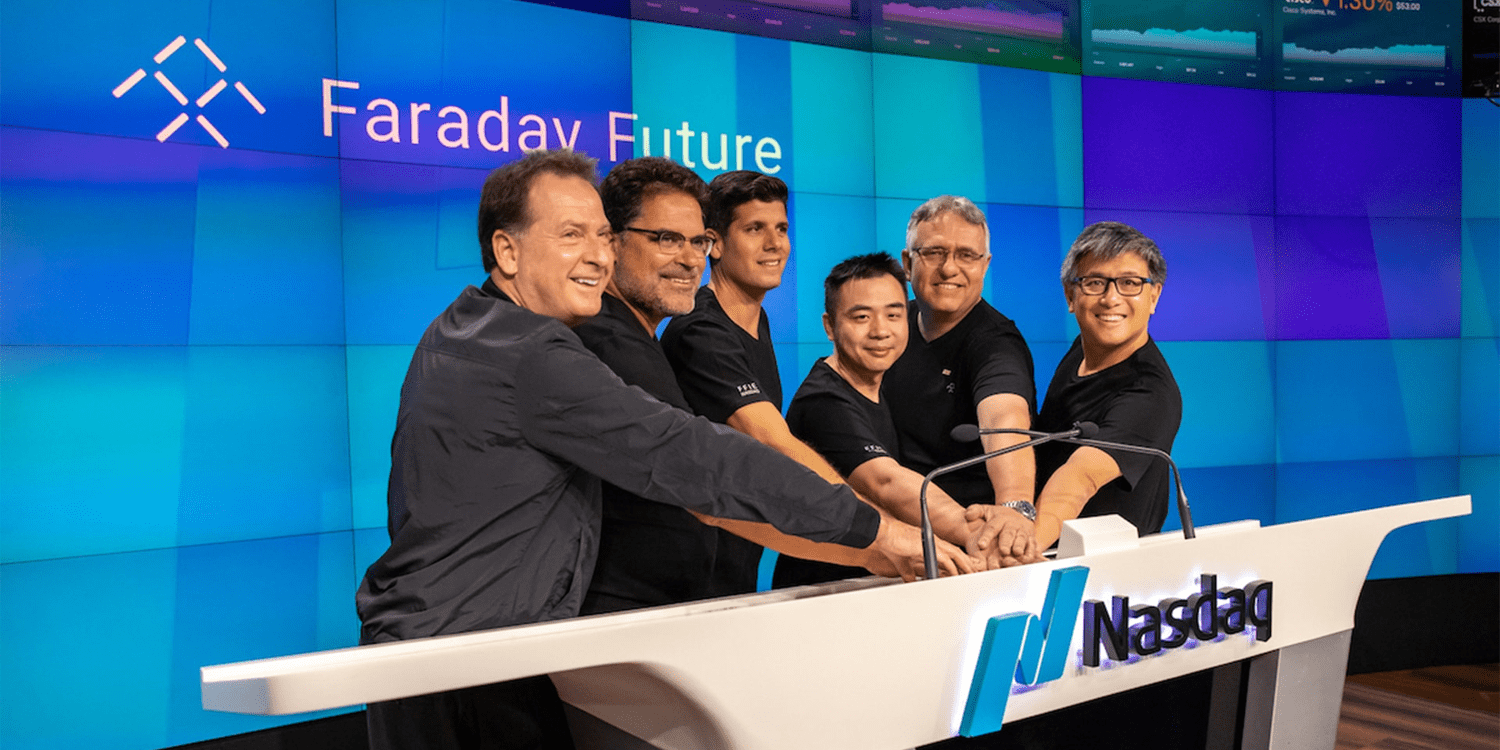 Faraday Future has completed its long-announced IPO. The electric car start-up has now announced the listing of its shares on the Nasdaq. The IPO took place via a merger with SPAC Property Solutions Acquisition.

With the proceeds of around one billion US dollars, the delivery of the first FF 91 model is to begin within twelve months. Faraday Future set this as a goal back in January. For the electric car itself, Faraday has now also announced a “Futurist Alliance Edition” limited to 300 pieces and a “Futurist Edition” that can be reserved for 5,000 and 1,500 dollars, respectively. More on that in a moment.

Faraday calls the stock market debut a prelude to the “final spurt towards production”. As part of the Nasdaq listing, the company was renamed “Faraday Future Intelligent Electric Inc.”. and its ticker symbol is ‘FFIE’. This is to reflect that FF is not just an EV company, it’s also an internet and technology company, an AI product company, a software company, and a user ecosystem company.

The introduction of the FF 91 is flanked by the launch of two limited series. The 300 units of the “FF 91 Futurist Alliance Edition” are intended to guarantee drivers several user privileges, including special memberships and an announced product upgrade. The company does not provide any details about the second limited edition – the FF 91 Futurist Edition.

According to the manufacturer, the FF 91 Futurist should have 1050 HP (around 772 kW) and a 130 kWh battery with “immersive liquid cooling”. The sprint from zero to 60 mph is specified as 2.4 seconds. According to Faraday, the rear wheels are driven independently by two motors. The model has a total of three engines on board.

For comparison: The technical data sheet of the FF 91 reads as follows in 2018: 534 kW were promised for the basic version with two electric motors, 801 kW for the top version with three motors. Faraday also announced three battery sizes: 86.7 kWh, 108.3 kWh and 130 kWh. The latter battery size can now be found in the FF 91 Futurist.

In keeping with the renaming to “Faraday Future Intelligent Electric Inc.” and the associated focus on digitization and AI in automotive engineering, the company also emphasizes the smart features of the FF 91, including an internet connection at “the speed of light”, an intelligent internet system in the rear, a video conference in the Vehicle system or digital face recognition.

“The models FF 91 Futurist Alliance Edition and FF 91 Futurist represent the next generation of intelligent Internet-electric car products (…)”, explains Faraday full-bodied. “They are not only powerful electric vehicles, all-round cars and ultimate robotic vehicles, but also the third living space of the Internet.” The aim is to create “the ultimate user experience and a complete ecosystem”.

In January, the company also announced plans to supplement the FF 91 with the FF 81 and FF 71 models, which will be launched in 2023 and 2024, respectively. In addition, the introduction of a delivery vehicle for the “last mile” is planned for 2023. Production is to take place both in the plant in Hanford, California, and in cooperation with a “leading contract manufacturing partner in South Korea”. According to rumors, Faraday Future is also looking into the possibility of additional production capacities in China through a joint venture.

Interesting against this background: Faraday Future has meanwhile signed a framework agreement for cooperation with Geely. According to information from January, the Chinese car company wants to acquire a minority stake in Faraday Future as part of the IPO and provide technical support for the Californian start-up. Faraday did not comment on this in the current announcement.

Deutsche Bank appoints CEOs for the Middle East and Africa