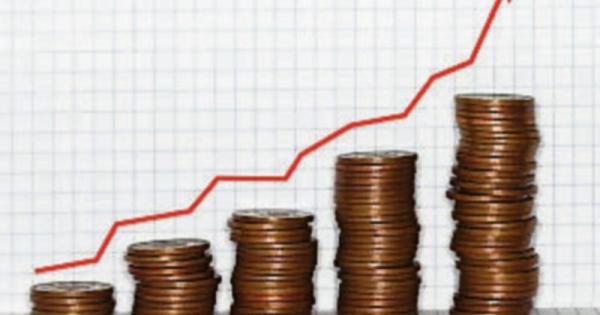 In a pre-budget filing for IPAV, the Institute of Professional Auctioneers & Values, economist Jim Power says those earning up to $ 60,000 could borrow up to 4.5 times the income, as opposed to current 3.5 times income, this would bring some equity to market and give hope to a large cohort of the younger generation.

Mr Power says the government needs to consider the social and economic implications of mortgage regulations, even though they are not directly related to fiscal policy or the budget process.

“It is now clear that the regulations in their current form effectively exclude average earners from the home market,” he says.

“In an environment of historically low mortgage rates, potential buyers with average incomes, and in some parts of the country even those with relatively high incomes, may not seek home ownership and are forced into an expensive and non-functioning rental market.”

The opinion argues that mortgage rules are sensible and prudent, but adjustments are needed if the rules had negative unintended consequences.

“From the point of view of equity and fairness, the restriction of home ownership in many parts of the country to people with high incomes is neither acceptable nor sustainable.

“Making home ownership easier for younger people looking to own would take the pressure off the rental market by freeing up rental properties, lowering rents and relieving growing pressure on housing aid payments (HAP),” the paper suggests.

Pat Davitt IPAV Chief Executive said, “For some time now, it has been cheaper to take out a mortgage than to pay the rent on a similar property. This is the case in every area of ​​the country, according to Daft.ie, and essentially so in many areas, with the only two exceptions being the affluent districts of two Dublin locations, Dublin 4 and 6. Even in these atypical areas, a mortgage is only marginally more expensive to use than to pay rent.

“Due to the increasing competition on the mortgage market in recent months, a mortgage can be secured for up to 30 years at a relatively low fixed interest rate over the entire term. Those on average incomes miss out and their future financial security is at risk, ”he said.

Additional measures proposed by IPAV for the 2022 budget:

– Lowering the VAT rate for new buildings from 13.5 percent to 5 percent for owner-occupiers. There is no point in forcing new home buyers to borrow in order to pay an upfront sales tax bill to the government and pay interest on that borrowed money over the life of the mortgage. In order to ensure that the saved delivery costs are passed on to the owner-occupier buyer and are not used to increase developer margins, some accompanying measures would have to be introduced.

– A strategy to incorporate vacant real estate and commercial premises into the housing stock, including tax incentives, including a 1 percent reduction in stamp duty on sales, and such sales should be exempt from capital gains tax.

– The creation of an annual list of all vacant apartments and businesses should become mandatory for all districts and they should be obliged to put 10 percent of the vacant properties in the municipality back into operation annually.

– A BER rating should become mandatory for every private home in the country. The cost should be borne by the homeowner but should be fully creditable against income tax liabilities. In the case of a non-taxable household, a subsidy equal to the tax exemption should be granted.

– In order to promote the use of solar panels and thermal solar, an allowance of 20 percent should be granted on the annual LPT obligation.

– Planning, tax and service issues delay the delivery of apartments and increase delivery costs. These questions need to be fundamentally reevaluated in order to address the supply side problems in the marketplace.

How to find a life insurance policy at a loss