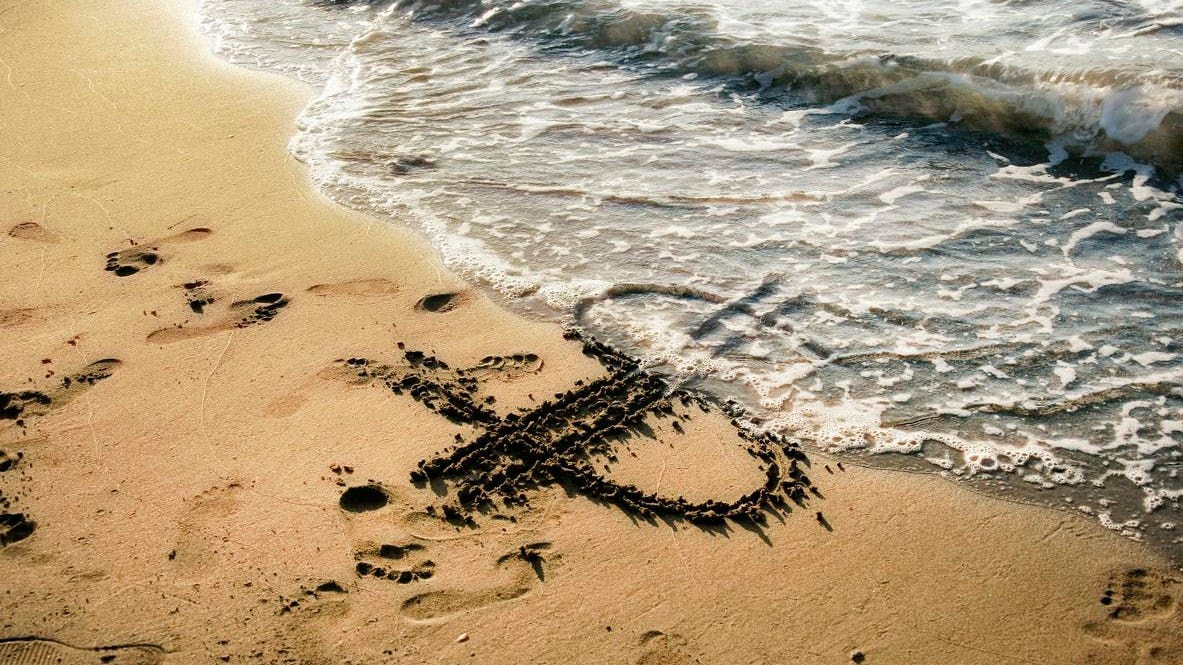 Should you be worried now?

Are we about to return to the future when the economic malaise brings with it a sad stew of high inflation and rising interest rates?

Or is this just a passing timing anomaly caused by a recoverable mix of bad luck and bad decisions?

You may have noticed that inflation has hit the headlines lately. Yes, it seems to be at its highest rate in a while.

But it’s more important that you dig deeper than these headlines. If you can identify the likely cause of this current surge in inflation, you can better understand its roots and how it could affect you.

“We are experiencing this sudden surge in inflation for two main reasons,” said Craig Kirsner, president of Stuart Estate Planning Wealth Advisors in Coconut Creek, Florida. “First of all, hardly anyone has spent any money in the past year and a half because of Covid. Now that the economy is open again, people are spending and traveling and there is a bottleneck with very high demand. Our system is not designed for this high level of demand, so that inflation occurs in the short term. Second, as rates have been cut to almost zero since March 2020, those low rates have spurred demand for property, which has a lot of catching up to do, and fueled inflation concerns. “

What you see is a coincidence of one-off events that both exposed economic weaknesses and created a vicious circle of inflation.

“This is mainly due to a perfect storm of supply chain disruption from Covid, government spending to close the economic void, and a synchronized global recovery driven by the introduction of vaccines and the reopening of the economy,” said John P. Micklitsch, Chief Investment Officer at Ancora in Cleveland. “The pandemic is likely just the event that revealed over a decade of underinvestment in the global commodity supply chain and just-in-time inventory vulnerability to this type of supply shock.”

There is no evidence that without Covid we would face this “supply shock” induced inflation.

“The tight delivery lines caused by Covid coupled with the increasing demand that we are now seeing would be one of the main reasons for inflation right now,” said Derek S. Taddei, Relationship Manager, 401k Specialist at HoyleCohen, LLC in Phoenix. In a language familiar to anyone who has taken an ECON101 course, Taddei calls this “a combination of demand pull and cost push inflation pressures”.

However, this isn’t the only Covid-based reason behind the inflation. Another is a simple “snapshot-in-time” anomaly. It’s just the coincidence of the reporting calendar.

“A large part of what we’re seeing with inflation is due to the deflation we saw during the 2020 Covid shutdowns,” said Mike Windle, CEO of Custom Wealth Solutions in Plymouth, Michigan. “The normalization of prices leads to inflationary pressures. In addition, there is the pent-up demand caused by the Covid bans; We see that the prices are rising rapidly. “

For this reason, many people pause to say that current levels of inflation will be short-lived. If we look at the past twelve months, we see the pendulum swing wildly between the two extremes. It is expected to settle into its normal, less volatile range quickly.

“Much of the increased inflation figure is attributed to the ‘base effect’, as inflation is usually given on an annual basis,” said Steven Saunders, director and portfolio advisor at Round Table Wealth Management in New York City. “A year ago, the global economies were almost completely closed, so that the denominator is probably artificially suppressed in the calculation. As those depressed numbers from a year ago “wear off”, the inflation metrics are likely to fall. “

How could you explain this to your children or to someone consumed by fear of the headlines about inflation?

“You have to look at the big picture,” said Mike Cocco, Equitable EQH Advisor at Equitable in Nutley, New Jersey. “First of all, if you look at the year-round inflation change, these numbers are going to be pretty staggering as many metrics are 5% + over the past 12 months. However, you also need to keep in mind that 12 months ago most of our economy was shut down, with people buying fewer things, traveling less, etc. It was like pressing a big break button on the economy. That put us in a deflationary position as many prices and wages fell because no one knew what the next week would bring. It was pure survival mode and a lot of people are hoarding cash (and toilet paper!). Now, 12 months later, our world couldn’t be any different. The restrictions are all but lifted across the country, people are traveling again, buying things … it was like we’d all been released from a year and a half of grounding and now we’re ready to re-imagine ourselves to the world. There is so much built-up demand that, as we have seen, can drive prices up as consumers compete for goods and services. Let’s combine this high demand with low supply in many areas, such as building materials and some food, as supply chains are disrupted by the pandemic Supply leads to higher prices … and that is inflation. “

So that you don’t peg this whole inflation thing to Covid too quickly, you should find that other factors contributed to higher prices. These factors didn’t need a pandemic to spur them on.

“Prices go up simply because of a discrepancy between the supply and demand of goods,” says Saunders. “In the past 16 months or so, pandemic restrictions have closed many factories and shipping routes around the world, resulting in lower product availability. It’s not just pandemic-related supply issues, however, as the Texas winter storm in February 2021 halted production of many petroleum-based products used in multiple industries such as foam for furniture or resin for PVC pipes in construction. In addition, extreme droughts around the world can also affect the supply of agricultural products. “

But wait. There is more.

“At the same time that the global supply chain was experiencing major disruptions, incentive payments resulted in many people having excess disposable income,” Saunders says. “With much of the economy shut down during this period, people shifted their spending from services like food or travel to buying physical goods like televisions or home improvement materials. With fewer products available, people had to pay for those products, which led to rising inflation. “

It is clear that the “demand pull” mentioned by Taddei is not only due to a lack of spending over the past year. It also comes courtesy of Washington politicians. Here Taddei is referring to “the three rounds of stimulus that have taken place, plus a possible fourth round and more proposed spending that may be able to be paid for with funds already allocated for unemployment and Covid stimulus by local governments. ”

“Washington legislation has likely played a role in increasing demand for goods over the past year,” Saunders said. “The CARES act distributed direct cash payments to individuals and also increased unemployment benefits. These had a direct impact on rising incomes and savings rates for many people. In addition to these transfer payments, the law also allowed those in need to defer payments on mortgages and student loans, “freeing up” more money for individuals to spend on goods and services. “

But it’s not just individuals who are part of this government-subsidized spending frenzy.

“In addition to being ‘free’ consumers in this current environment, the US government is not afraid to take aggressive action to help the economy while it moves in a Covid world, and it has the way Providing additional assistance to families, businesses, and local state and local governments to ensure a full recovery from this pandemic and business closings, ”said Cocco. “To be precise, the federal government has so far approved and allocated more than $ 5 trillion to Covid relief laws. The most recent bill (as of 6/29/21) was the American Rescue Plan, which will provide nearly $ 2 trillion in relief efforts in many different areas, from more direct payments to individuals and families, aid to state and local governments, tax incentives, etc. In addition, Congress is very close and could have a framework for a new infrastructure deal, which would be the largest infrastructure deal in our nation’s history, to build and repair roads, bridges, railways, internet broadband, water supplies, etc. The passage of this law will pump more money into our economy, which can certainly lead to additional inflation spikes in the short term. “

Some believe that this government intervention will only worsen the inflation situation.

“Injecting large amounts of money into an economy through stimulus and other spending programs like the proposed trillion-dollar” infrastructure “law will stimulate economic growth and certainly not reduce inflationary pressures,” says Taddei. “It is a combination of problems, fiscal incentives, the Federal Reserve’s loose monetary policy and the subsequent increase in money supply that creates more money by hunting less goods and services.”

This is where the vicious circle really begins to build up.

“The US economy is consumer-driven and we are currently seeing consumers with a lot of extra money,” said Windle. “This has resulted in increased demand for goods and services without the supply chains being able to fully recover from the bottlenecks created by the shutdowns last year. Gasoline prices are still rising due to the bottlenecks created during the Colonial Pipeline shutdown, and as companies try to get their employees back into the workforce, we are finally seeing low-wage workers receiving pay rises, signing bonuses and other benefits, whose costs are passed on to the consumer. “

There are many reasons for the sudden surge in inflation. They may just have been causing trouble on their own. Together they can do real harm if not contained.

The question arises: are you ready to live with inflation longer than expected?

What GameStop Banking can teach you about digital disruption

Thursday pre-market: Here’s what you need to know before the…