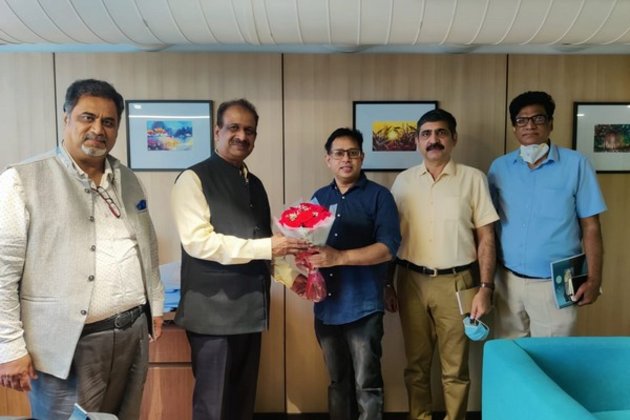 Hyderabad (Telangana) [India], August 22nd (ANI): The team of the Automotive Research Association of India (ARAI) led by Director Dr. Reji Mathai visited Hyderabad on Saturday on a two-day trip to set up a pre-certification laboratory in Telangana.

The team was welcomed by the Director of Electronics, EV and ESS Sujai Karampuri and other officials from the ITEC department. ARAI, the country’s leading automotive R&D organization established by the automotive industry with the Government of India. ARAI currently operates out of Pune, where it is headquartered. It also has a regional office in Chennai.

Sujai Karampuri briefed the team on Telangana’s existing ecosystem, including a presentation on T-Works, the country’s largest prototyping laboratory in Raidurg, followed by an interaction with company representatives from Telangana’s EV industry. The ITEC and ARAI departments signed a MoU last year and the teams have been discussing how to proceed since then.

The electronics team presented the incubation center and built-up space developed by TSIIC in Raviryal e-city for ARAI to set up their pre-certification and training laboratory.

The director was delighted after meeting the industry partners, which included startups, and said, “We are closely monitoring the emerging EV and ESS markets and would be our best support for organizations not only in the areas of testing and compliance, but also in training and RD. “He added,” Telangana is an emerging destination for the EV and automotive industries. We look forward to opening the ARAI Regional Center in Telangana and believe it will certainly add great value to the existing industry and also more of a good value proposition for companies to explore Telangana for building new entities. The support given by the Telangana government is very thoughtful and we would continue our engagement to discuss further modalities with the Telangana government and TSIIC. “Sujai Karampuri said,” The introduction of the EV and ESS policy last year has increased interest among EV and ESS manufacturers in exploring Telangana as a manufacturing base. The establishment of a pre-certification laboratory in Telangana would certainly add an urgent need to the existing ecosystem give the necessary boost. With 2 new EV and ESS parks, prototyping laboratories like T-Works, start-up incubators like T-Hub and TSIC, Telangana is ready to introduce the EV industry on a grand scale. We are already seeing increasing acceptance of electric vehicles in the state. “The ARAI officials also visited the existing T-Works facility and paid tribute to the work of the T-Works team in the field of electrical and energy storage systems. (ANI)

Japan Is A Hard Sell For Bankers If The Tax Official Can Take Half,…

Retirement savers in their forties have this middle balance. How…