Is that the end of the 9-to-5 consulting firm? 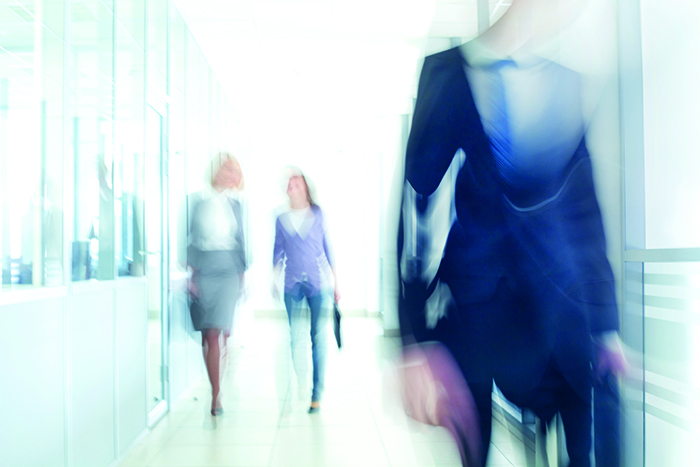 The forced labor from home for over a year due to Covid-19 has meant that business channels that arose out of necessity are put on a permanent basis.

Does this mean the days of the 9-to-5 office-based advisor are numbered? Or are the predictions of their demise exaggerated?

Flexible hours and working from home are not new, but the difference is that many people do their jobs on that basis. Thanks to the pandemic, employers have fewer logical reasons to prefer traditional work patterns and some are actively looking for alternatives.

We’re trying to automate everything to make a four-day week work, but financial advice is still a homework

Dennis Hall, founder of Yellowtail Financial Planning, had noticed that working parents on his team came to the office on a Monday after unrest over the weekend and spent their lunch break doing family errands.

“I thought, ‘Why don’t we have four days to do all of our work and take Fridays off so everyone can relax?’” He says.

A nice idea, but as Hall notes, it can’t be done without automation, and the cost of the technology required can exceed smaller consulting firms.

“We’re trying to automate everything to make a four-day week work, but the problem is that financial advice is still a homework,” he says.

“There are tiny consulting firms and the only way to get more profitable and grow is to get people to do the hours.

Some consulting firms are permanently closing their offices ahead of Covid and are considering other options. One example is Sovereign Wealth (Halifax), where senior wealth management consultant Sheena Doherty has planning permission to build an office for her team at the foot of her garden.

Doherty and her colleagues will continue to work from home until “the capsule” is ready next spring.

“We work efficiently from home, but where we struggle is what I call baton handover, where our work overlaps,” she says. “We have calls that have improved the flow of business, but maybe it’s not as efficient as in the office.”

Deviating from the traditional 9-to-5 office, Doherty wants her employees – all of whom are enthusiastic cyclists – to take longer lunch breaks so that they can cycle in daylight and catch up on the time later.

Understandably, some multi-office consulting firms have been reviewing their profitability in the wake of the pandemic. Last year, national consultancy Tavistock Investments closed five of its smaller offices as part of a cost review, resulting in 10 layoffs and other employees working remotely.

Brian Raven, CEO of Tavistock, thinks being tied to the traditional 5-day workweek from 9 a.m. to 5 p.m. is shortsighted.

“Good people are hard to find, so we can choose the right person for their home situation. We’ve seen an increasing pattern of working from home on a Monday and Friday, but it’s up to each team to decide, ”he says.

However, Raven adds that working from home is not for everyone, so giving the opportunity to go to the office is important.

In contrast to US firms, which were quick to permanently close their offices in favor of remote working, UK companies actually seem reluctant to give up the office for good. Liverpool-based consultancy Sedulo has spent £ 1.4 million remodeling a 7,000 square foot space in the city’s Exchange Flags building. It has incorporated aspects of Liverpool’s history into its design, which includes a football shelter, a 3,000 m² bar with backlighting and a boardroom designed as a military bunker.

Discounts on office space are also tempting. Work to Live founder Ian Richards has just taken over a small one-person office with a five-month rental discount – his first office. He had planned to work exclusively from home, but the lockdown made him realize that he needed his own space.

“A different address for the business … gives it more respect,” he says. “You need a private room for customer meetings and I don’t want to leave the children’s wardrobe behind me.”

AI in insurance market growth in 2030

India responds to US investigation into Google Tax, saying it…

The market for company health insurance will boom | Allianz, AXA,…