China’s government is grappling with an uncomfortable truth: you cannot cut taxes, increase spending and reduce the budget deficit at the same time.

After promising all three this year, a weakening economy combined with the trade war with the US now underscores the contradiction in the government’s goals. The incomplete implementation of tax cuts and a rising social security burden are also increasing downward pressure on consumer purchasing power.

The government is examining this situation, Premier Li Keqiang said on Thursday, and expects tax revenues to decline relatively sharply in the second half of the year. Further tax cuts and a reduction in social security contributions are also planned.

While these measures can stimulate consumption, as Li claims, they are unlikely to help meet the goal of reducing the budget deficit. While policymakers are expected to hit their tightened target of a 2.6 percent deficit this year, that could come at the expense of a turnaround in 2019. 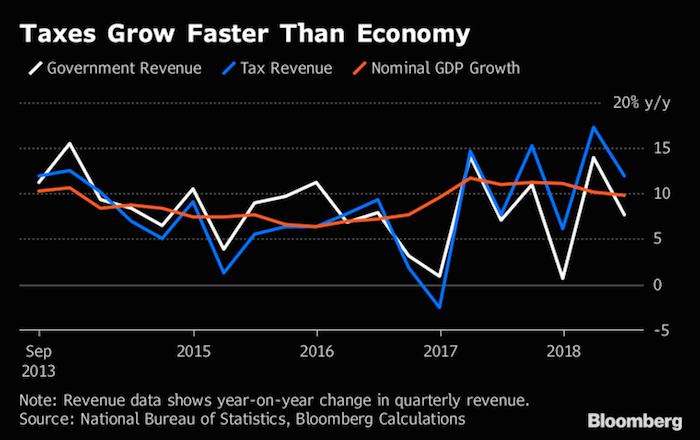 “It is impossible to cut taxes, maintain government spending growth, but not adjust the deficit at the same time,” said Song Yu, chief economist for China at Beijing Gao Hua Securities Co., the joint venture partner of Goldman Sachs Group Inc. . on the mainland. Without a meaningful cut in spending, Song said the only effective way to cut taxes is to widen the deficit, and the government needs to make this clear.

China needs to fill gaps when it comes to paying for public services like health care and pensions, especially given an aging society and an economy that is on a long-term glide path towards more modest growth rates. Still, the government is now ready to water down social security reforms, which Nomura Holdings Inc. estimates could have been cut by up to 0.6 percentage points of output growth.

Domestic public companies will increase their labor costs by 105 billion yuan ($ 15.3 billion), or 3.2 percent of their net profits, due to strict collection of social security payments, China International Capital Corp. analyst Wang Hanfeng wrote in a report. Labor-intensive industries such as logistics and catering will be more severely affected.

Changing the deficit target would mean reversing March’s policy to reduce that deficit, which was part of Premier Li Keqiang’s plan to reduce risk in the economy. To do this, the government must find new sources of income, and with tax hikes off the table, it means new bond sales and borrowing at both the central and local levels.

Starting in 2019, policymakers will likely need to raise the annual budget deficit target, “otherwise the tax authorities will be forced to streamline the survey to meet spending demand and there will be no relief for businesses and households in the end. Said song.

Amid mounting tensions with the US over trade and the slowdown in the domestic economy, the government has revamped its strategy to focus more on growth. Since early July, the State Council has convened a series of meetings to look at new investment projects, get local governments to sell bonds and spend money faster, and add tax breaks that add at least 65 billion yuan in additional tax cuts in addition to 1, 1 trillion yuan of cuts already planned for this year. 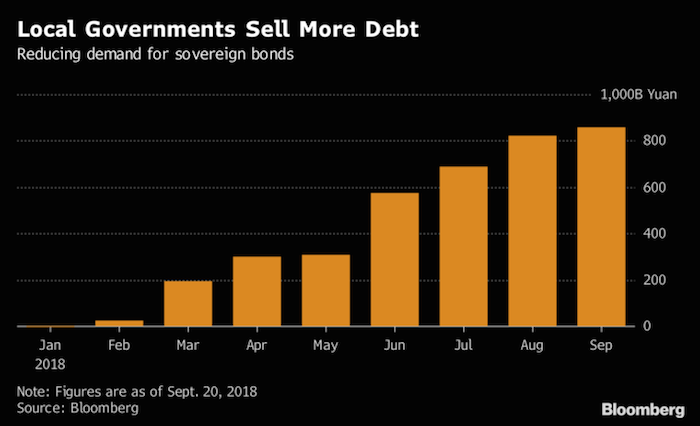 In addition, the Income Tax Law reform provides for new deductions to help middle-class families. While the measures, some of which will begin next month, should support consumption, they still give additional weight to fiscal policy, which is the natural shock absorber in times of stress.

So while the corporate relief measures announced by Li on Thursday may help mitigate this, investment is still sluggish, suggesting more time and possibly more policy changes may be needed.

Officials are dealing with a very fluid, unclear situation and sentiment is rapidly deteriorating due to the trade war, wealth management rules and other challenges, said Wen Bin, a researcher at China Minsheng Banking Corp. in Beijing.

“When business sentiment is weak, more government-funded projects are needed to quickly stimulate demand along the supply chain,” said Wen, who estimates that China will need to increase its annual budget deficit from 2.6 percent to 3 percent in 2019.

“There is still a long way to go to achieve significant tax cuts for households and businesses, especially the smaller ones,” said Zhao Bo, professor of economics at Peking University. “It requires painful reforms. And sometimes you just have to do without something. “
Source: Bloomberg

defi SOLUTIONS and Zest AI work together to improve loan…