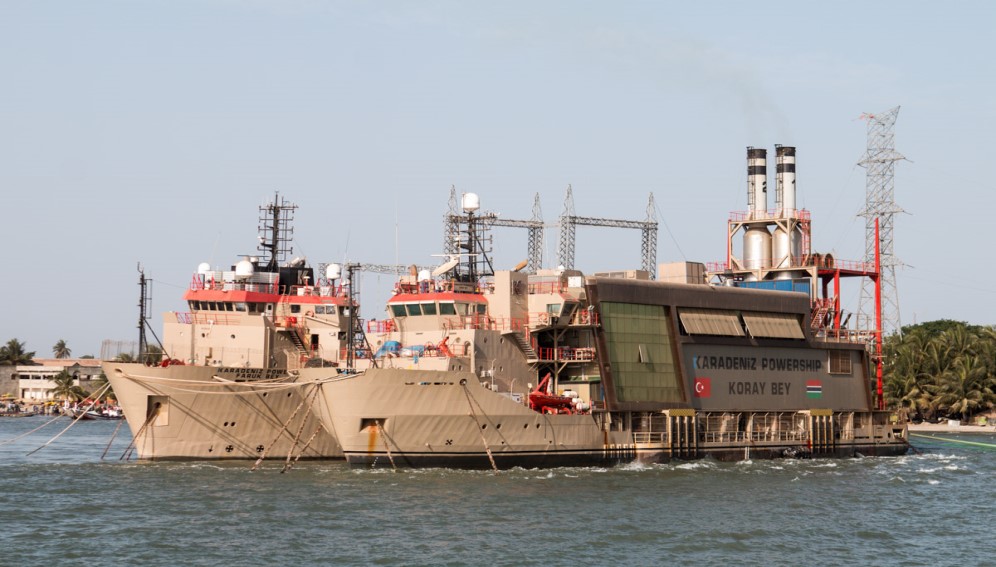 [CAPE TOWN] A deal that is expected to be struck to end South Africa’s ongoing energy crisis could contribute to higher emissions and be more of a short-term than a long-term solution, experts say.

Worldwide almost 750 million people will have no access to electricity in 2050, more than 95 percent of them in sub-Saharan Africa, according to the International Energy Agency (IEA) in its report “Net Zero by 2050”.

South Africa is facing some of the worst power outages in history. Research by the Pretoria-based Council for Scientific and Industrial Research (CSIR) shows that those rolling blackouts totaled 530 hours of no power in 2019 and cost the economy between R60 and R120 billion.

On March 19, Karpowership, a marine power company, was announced by the South African Ministry of Natural Resources and Energy as the preferred bidder for 1,220 megawatts of energy under the Risk Mitigation Independent Power Producer Procurement Program (RMI4P).

Under the agreement, Karpowership would supply South Africa with five power plants running on liquefied natural gas from 2022 to 2042 at a cost of 218 billion South African rand (approximately $ 13.3 billion).

“The idea behind the RMI4P is to get power … to stop load shedding [blackouts] and give us enough time to start the long-term infrastructure purchases and investments necessary for sustainable energy supply, ”says Lauren Hermanus, PhD student at the University of Cape Town in South Africa and founder of Adapt, a network for sustainable development.

“Gas is something that can be used to balance a renewable energy system, for example when the system fluctuates due to its dependence on the sun or wind.”

“That would lock us up on a higher emissions path beyond 2040 without a clear plan for sourcing renewable energies,” she says. “Instead of renting out foreign-operated power ships that will leave us in 20 years, we could invest in an infrastructure that offers jobs for South African youth.”

According to the South African statistics agency Stats SA, over 41 percent of South Africans between the ages of 25 and 35 are currently unemployed. The country’s total unemployment is 7.2 million.

The potential environmental impact of the Karpowership deal is also worrying, says Liziwe McDaid, an energy consultant at the non-profit organization The Green Connection. Research they conducted found that Karpowership’s environmental reviews lacked key data on the impact on local fisheries and marine life.

“From an environmental policy perspective [the] The government didn’t have all the information it needed to approve karpowership, ”she says.

Karpowership did not respond to emails from SciDev.Net to address these concerns.

The IEA calls for a global shift towards clean technologies and calls on governments to “put R&D, demonstration and engagement at the heart of energy and climate policies”.

For Hermanus, however, this shift is not possible without localizing manufacturing as part of a green industrialization strategy. “It has to take a job-rich and economically-oriented path,” says Hermanus.

This piece was produced by SciDev.Net’s Sub-Saharan Africa English Desk.

Insight into the digital mortgage revolution: HSBC and Roostify on partnerships to shape the future

Max Life Insurance is reinventing training for the new age