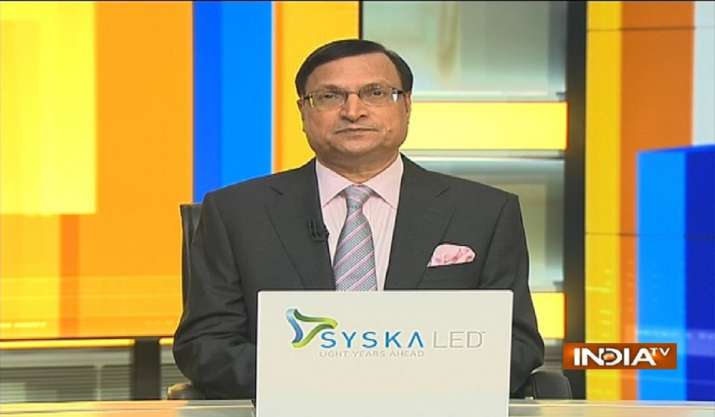 Today I want to warn you all about cyber fraud gangs who are stealing money from bank accounts by posing as bank managers. These gangs have stolen millions of rupees from bank accounts of thousands of customers in the past few months. Most victims do not get their money back in the end and in most cases the police cannot catch the scammers. At India TV, we receive hundreds of calls every day from viewers telling how they have been cheated of their hard-earned savings by online scams.

The modus operandi of these gangs is simple: they pretend to be bank managers and call customers to tell them their bank accounts may be blocked or their ATM cards may be blocked for lack of KYC (Know Your Customer) verification. These scammers get all the details from customers through their bank accounts and even the OTP (One Time Password) and within minutes thousands and thousands of rupees are being transferred from bank accounts online. The only prevention is to challenge these scammers posing as bank managers and not give them any information over the phone or via suspected email links.

In the past few months, police officers from ten states have visited a relatively unknown location called Jamtara in Jharkhand, from which most of these gangs operate. On Tuesday, officials from the Bhopal Cyber ​​Crime Cell arrested five members of one such gang from Jamtara, nearly 1,500 kilometers from the capital, Madhya Pradesh. The five fraudsters had skimmed Rs 10.40 lakhs from a retired BHEL officer’s bank account under the pretext of updating his KYC details.

This was just the tip of the iceberg. According to the police, it appears that while reviewing the confiscated bank statements of the five defendants, this gang defrauded nearly 1,000 bank customers for Rs 10 billion. The gang members live in luxurious houses built on the border between Jharkhand and West Bengal. These buildings have sophisticated alarm systems, sensor-based doors and voice command light systems. The gang has defrauded several thousand bank customers in UP, Delhi, MP, Maharashtra and other states, police said.

Our Bhopal reporter Anurag Amitabh spoke to retired BHEL officer Devnath Pathak, who shared his ordeal. The trick is to get the OTP from the customer. Once the gang member receives the OTP, the link phone number will be changed and all withdrawals will be made from the customer’s account but they will be notified to a different phone number. The customer gropes in the dark and only finds out about the fraud when the bank statement arrives.

According to police, these gang members target their prey by browsing Facebook profiles. They also randomly select phone numbers from cell phone data. You then pretend to be the bank director and inform the customer that his bank account and debit card will be blocked due to a lack of KYC verification. In Devnath Pathak’s case, money was diverted 27 times from his account to eight different bank accounts, all based in Jamtara. When the Bhopal police landed in Jamtara, they were greeted with stones thrown from the homes of the tribesmen.

In the end, one SUV, 13 cell phones, 11 ATM cards and 50 counterfeit SIM cards were seized from these five fraudsters. All five of those arrested remained in different villages in distant areas of Jharkhand and neighboring West Bengal. Those arrested included Mohammed Imran Ansari, resident of Jamtara, Abhishek Singh, resident of Chittaranjan, WB, Mohammed Afzal and Ghulam Mustafa, both resident of Asansol, WB, and Sanju Debnath, resident of 24-Parganas, West Bengal.

Except for two, most gang members are illiterate or semi-literate. Mohammed Afzal is a dropout from class 3, he used to set up bank accounts and fake SIM cards. He also collected fraudulent money from ATMs. Ghulam Mustafa is a dropout from class 8, he used to open fake bank accounts and sell them on “commission”. Sanju Debnath is a class 2 dropout, he used to open bank accounts based on forged documents. The gang’s mastermind is Mohammed Imran Ansari, who claims to be a B. Tech. He used to speak to clients posing as bank directors. Ansari speaks fluent English and is very familiar with banking processes. He used to get OTPs from customers and give them to gang members to swindle money from accounts. He was assisted by Abhishek Singh, who studied law and accessed bank accounts online to commit fraud. He obtained the fake bank accounts of Afzal, Ghulam Mustafa and Sanju Debnath, to which fraudulent money was transferred.

The gang members persuaded tribesmen living in Jamtara, Asansol and nearby to open fake bank accounts for which they received 10,000 to 15,000 rupees a month. Since these tribes made easy money, they helped gang members escape when police troops landed in villages to catch them. Tribal women throw stones at police parties and the gang members take the cue to flee. Police units from at least ten states have visited the 50 or so villages around Jamtara in search of members of the online fraud gang. Recently, a team of Nagaland police officers came to Jamtara and took away a gang member. A police team from Kerala was also looking for gang members who had cheated on a woman from the southern state.

Senior police officers say cyber criminals are active in Giridih, Dhanbad and Deoghar, all in Jharkhand. In some cases, instead of making phone calls, the scammers send links to customers’ phone numbers for KYC update. Some scammers even extort money from people by promising to send them Covid-19 vaccines. However, Jamtara is the “epicenter” of such online fraud activity. Villages like Pandeydih, Jhulwa, Kalajharia, Dudhani Mattar, Kherkokundi, Mohanpur, Topatar are among the nearly 50 villages from which online cybercrime has been reported.

The police statistics on cyber fraud are appalling. On average, 3,137 cases of fraud are reported every day. As digital online banking transactions have increased due to the Covid-19 pandemic, these fraud cases have increased by 41 percent. Rs 25,000 billion cyber fraud has taken place. In 2019 alone, people lost 1.25 lakh crore to online cyber fraud. Delhi police seized 214 bank accounts, nearly 900 cell phones and arrested 91 people for cyber fraud in the pandemic year.

I appeal to all of you to be careful with your bank accounts, be it on the phone or on the internet. Cyber ​​sharks lurk nearby. When making such calls, always remember: None of the banks will ask for your account details by phone, post or the Internet. They have their own method of dealing with such problems.

You don’t have to stop digital banking for fear of cyber fraud. Due to pandemics and frequent bans, digital banking has been the fastest and safest method, but never share your OTP with anyone. Delete the OTP that you get on your phone or email, even if it barely takes a few seconds.

The banking universe in India has changed over the past six years due to mass digital transactions, particularly in the past year and a half when the Covid-19 pandemic broke out. Imagine what people would have gone through if there wasn’t a digital bank transfer option during the lockdown. Without digitization, our fight against the Covid pandemic could have been weaker. Use caution when dealing with people posing as bank managers, either on the phone or in your email.

India’s number one and most-visited super prime time newscast “Aaj Ki Baat – Rajat Sharma Ke Saath” started just before the 2014 general election. Since its inception, the show has redefined India’s super prime time and is way ahead of its contemporaries in terms of numbers.

Despite rosy economic data, Egyptians are complaining of a harder life

5 High Yield Dividend Stocks To Protect Your Retirement From…