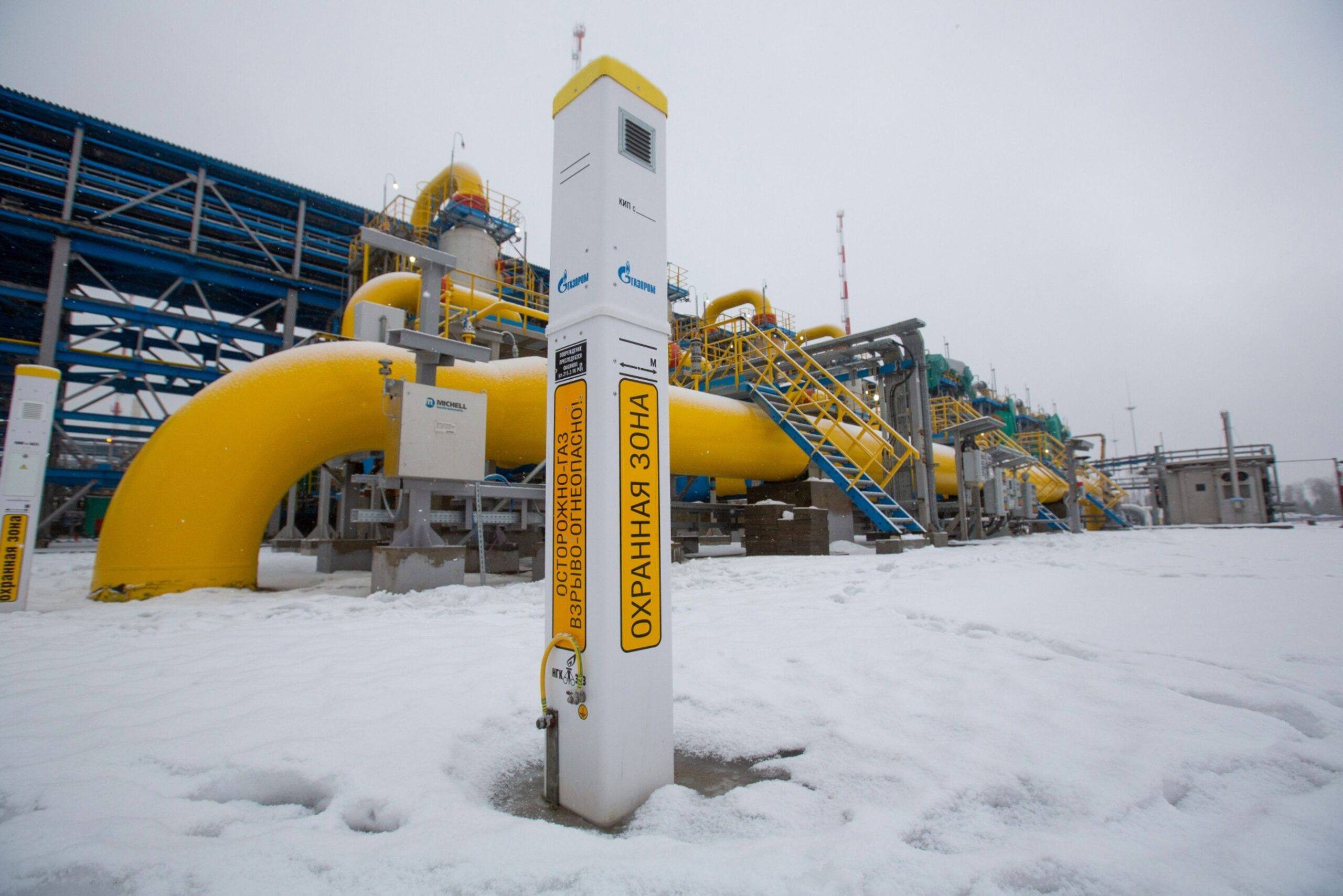 Russian President Vladimir Putin said that ahead of his summit with his counterpart Joe Biden, a key phase of a gas pipeline to Germany intended for sanctions against the United States had been carried out.

“I am pleased to announce that today, two and a half hours ago, the laying of the first pipeline of the Nord Stream 2 gas pipeline was successfully completed,” said Putin on Friday in his speech at the International Economic Forum in St. Petersburg. “Work on the second line continues.”

While the underwater section has yet to be welded to the section on German territory, state gas exporter Gazprom PJSC is ready to fill the connection, Putin said.

The 1,230-kilometer (760-mile) pipeline to bring Russian gas to Germany directly under the Baltic Sea has been a major source of friction in transatlantic relations for years, with the US claiming the connection could give the Kremlin new power over its allies Europe. The Biden government eased its stance last month when it waived sanctions against both operator Nord Stream 2 AG and its CEO.

Biden said the link was almost complete and new sanctions would affect relations with Europe. Chancellor Angela Merkel sent a high-level negotiating team to Washington this week to discuss the project with the new government.

Construction of Nord Stream 2 is expected to be completed by the end of the year, Deputy Prime Minister Alexander Novak said earlier this week. Before the first gas flows over the link to Europe, Nord Stream 2 must obtain insurance and certification, a task made difficult by US sanctions restricting the provision of these services to the project.

Continue reading: 15 insurers shut down their business with the Nord Stream 2 pipeline to avoid sanctions: Reutersuter

Klaus-Dieter Maubach, CEO of Uniper SE, said that he saw “no major obstacles so far” for the completion of the pipeline. Uniper, together with Engie SA, Royal Dutch Shell Plc, Wintershall AG and OMV AG, is funding half of the € 9.5 billion (US $ 11.5 billion) cost of the project, which is owned by Gazprom.

The German Federal Maritime and Hydrographic Agency allowed Nord Stream 2 in May to lay 2 kilometers of the pipeline on the seabed in the country’s waters. The provisional permit, valid until the end of May, does not include any further construction work.

–With the support of Anya Andrianova, Olga Tanas and Vanessa Dezem.

Photo: A marked marker post in the courtyard of the Gazprom PJSC Slavyanskaya compressor station, the starting point of the Nord Stream 2 gas pipeline, in Ust-Luga, Russia, on Thursday, January 28, 2021. Nord Stream 2 is 1,230 1.2 kilometers (764 miles) long gas pipeline that will double the capacity of the existing underwater route from Russian fields to Europe – the original Nord Stream – which opened in 2011. Image rights: Andrey Rudakov / Bloomberg.

The most important insurance news in your inbox every working day.

Get the insurance industry’s trusted newsletter

MAXEX expands its management team to include veterinarians from the…

“Mama’s will is going to start a family feud. How can I…