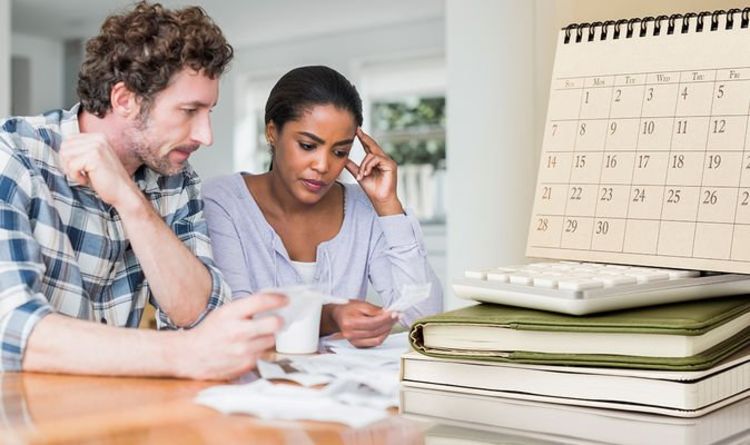 The latest consumer price index (CPI) figures were released on Wednesday and show the UK inflation rate has risen to 2.1 percent, beating the Bank of England’s target of two percent. Since April 2021, when the inflation rate more than doubled compared to March 2021, it had risen by 0.6 percent.

On borrowing, Stevenson said that an increase in inflation will likely mean interest rates will rise.

“There are actually still few signs of this.

“Home loans remain at very affordable levels, especially for borrowers who have some equity in their home.”

Amid the current situation for mortgage borrowers, Stevenson suggested that now could be an opportunity for some to take action.

“Now might be a good time to start exploring fixed-rate mortgage coverage,” he continued.

“You have to pay a little more if you’re looking for longer-term security (say five years or more), but you can look back with relief that you adjusted your spending while inflation was still like tomorrow’s problem.”

However, those who do decide to switch mortgage contracts should make sure they have checked the fine print of their current contract, Stevenson warned.

“Don’t forget to check the terms of your current loan before making a change,” he said.

“Most fixed rate mortgages come with an early repayment penalty, which can negate the benefit of setting a new rate.

“Usually there is a one-time fee to set up a new mortgage, which must also be factored in.”

Regarding the actions borrowers might want to take, Stevenson said, “Compare the cost of your current mortgage with what is available in the market today and see if it makes sense to change.”

The impact of inflation on savings is another issue on which Mr Stevenson has commented.

“The interest on cash savings remains very low and will almost certainly be below current consumer price inflation,” he said.

“That means you shouldn’t be holding more cash than you need. In real terms, adjusted for inflation, it will lose value.

“However, it is worth considering why you are keeping some of your money in cash.

“It’s not just about the return on investment. A cash reserve can protect you from having to sell your investments at the wrong time – after a collapse in the financial markets.

“The rule of thumb is that you have at least six months of daily expenses on hand in the form of cash. They could speak in favor of having more to protect you from market volatility.

“The second reason to have some cash on hand is to be able to take advantage of these ups and downs in the market.

“When you’re fully invested and stock prices are falling, you need some dry powder to take advantage of the opportunity.”

What steps does he suggest to savers?

“Make sure you have at least six months of cash in reserve,” he said.

“And when you generate income from your savings and investments, make sure you automatically replenish that cash reserve month after month.”

Innovation + Digital Transformation is a Winning Formula at U.S.…

Citizen, Cathay buys stores as HSBC goes out of US retail banking