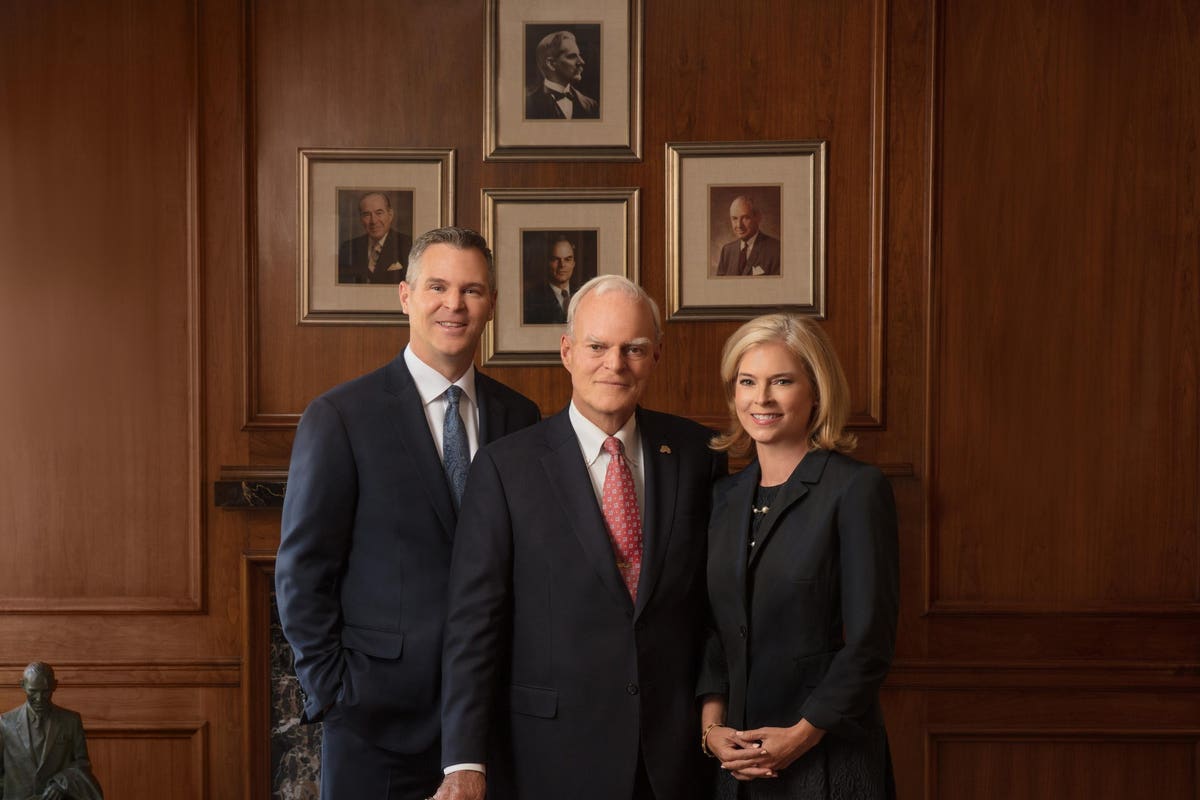 Spencer F. Eccles with his children Spencer P. Eccles and Lisa Eccles in front of portraits of his uncles George and Marriner and his grandfather David.

Courtesy of the George S. and Dolores Doré Eccles Foundation

The Eccles name is already ubiquitous on the University of Utah campus, from the David Eccles School of Business to its soccer team’s Rice Eccles Stadium. With their largest single gift to date, the family is now adding the Spencer F. Eccles School of Medicine to their collection.

Two of the family’s foundations announced Wednesday that they were partnering to donate $ 110 million to the university’s medical school to help build a new 248,000-square-foot building and boost foundation and research funding. The school is named after Spencer Fox Eccles, the third generation patriarch, 86, and former chairman and CEO of the banking firm First Security Corporation, which Wells Fargo acquired for $ 2.9 billion in 2000.

“I have a love affair with the state of Utah that extends all the way to the University of Utah,” says Spencer Eccles. “I said years ago, ‘No state or region can get really great without a world-class medical center at its core,’ and that is the end result of what we hope to build.”

The donation is a joint gift from the George S. and Dolores Doré Eccles Foundation, which has donated more than $ 750 million to numerous uses in Utah over the past half century, and the Nora Eccles Treadwell Foundation, which is focused on medical research . The $ 110 million total is a nod to First Security’s old slogan of doing 110% of its efforts for its customers. Construction is due to begin next year on the new facility, which will replace the aging 60-year-old medical school building and allow the school to increase its class size from 125 to 160.

“We can be a good university with our government funds, but it is these private funds that lead us to great achievement and excellence,” said Michael Good, interim president of the University of Utah and dean of the medical school. “We want to create a foundation that gives us funding for innovation in medical education, and form follows function – we want a facility where we can achieve these innovative things.”

The Eccles’ roots in Utah date back to the 1860s when the family of Spencer’s grandfather, David Eccles, converted to Mormonism and received a $ 375 loan from the Church to immigrate from Scotland. Spencer Eccles says the family was destitute in Scotland and took the New York to St. Louis train on the day of the Battle of Gettysburg in 1863 and walked the rest of the way to Utah.

David was 19 years old when the Transcontinental Railroad was completed in 1869 and became a successful industrialist in Ogden, Utah, making money in railroads, timber, banking, and a number of other industries. He and his wife, Ellen, had nine children, and when he died in 1912 at the age of 63, he left his 22-year-old son Marriner his $ 7 million fortune (about $ 190 million in today’s dollars) to manage in the Eccles Investment Company. The family kept their fortunes with the company until the 1970s when seven of the aging children increased their donations from their own foundations. The George S. and Dolores Doré Eccles Foundation is the largest of the seven foundations, with net assets of $ 432 million at the end of 2019, and the foundations have provided approximately $ 1.25 billion over the past 50 years.

Marriner and his brother George Eccles – both uncles of Spencer – consolidated their father’s fragmented banking operations into First Security Corp. in 1928. and eventually grew it into a major regional bank based in Salt Lake City. Marriner Eccles was chairman of the Federal Reserve from 1934-48 and headed the central bank until the end of the Great Depression and World War II, after he was appointed by Franklin Roosevelt.

Spencer F. Eccles received his bachelor’s degree from the University of Utah, where he was an all-American ski racer, and an MBA from Columbia Business School. He worked briefly at Citibank before returning to the family business and taking over First Security after George’s death in 1982. Today he is chairman and CEO of Georges Foundation and is chairman or board member of four other family foundations.

The family’s influence on the University of Utah began with the inauguration of the Spencer S. Eccles Health Sciences Library 50 years ago, named after Eccles’ father. In addition to making regular donations to the school, the George Eccles Foundation has donated millions to organizations such as the Utah Food Bank, Utah Nature Conservancy, and the Salt Lake City 2002 Winter Olympics Organizing Committee. A $ 15 million donation helped the Eccles Theater, which opened in 2016, bring Broadway tours to Salt Lake City.

“I made a solemn promise after Marriner and George picked me, so I’m stuck and as happy as possible,” said Spencer Eccles of his responsibility to uphold the family legacy. “We are bringing my four children with us and are now starting to understand the 10 grandchildren who we are and what we do, and hope that this can continue to be a resource for the state.”