What happens to the money you spend on a prepaid funeral plan? 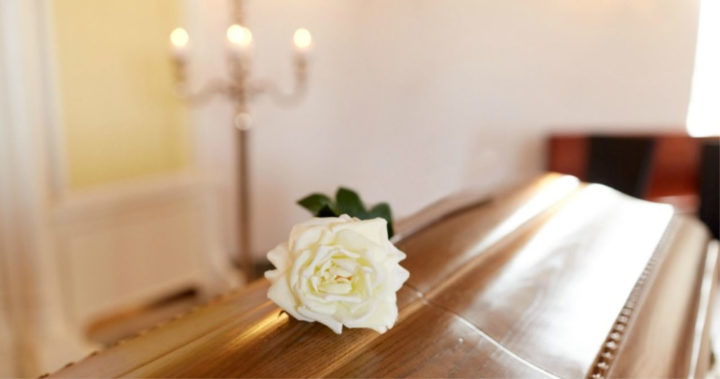 “Australians don’t always get all the perks when it comes to prepaid plans,” said Choice investigative journalist Saimi Jeong. The selection focused on InvoCare, Australia’s largest funeral home company operating well-known names like White Lady Funerals and Simplicity. According to Choice, InvoCare made $ 800,000 in 2019 from money “left over” from prepaid funerals.

How do prepaid funerals work?

When buying a pre-paid funeral, you can imagine that the money you paid will remain in a bank account with a certain amount on your name, ready to be spent in due course.

In fact, however, InvoCare doesn’t keep the money it receives from people who buy a prepaid funeral. Instead, the money will be turned over to an independent investment company called the Guardian Over 50s Friendly Society, which will invest it in common assets like stocks and real estate.

InvoCare’s most recent financial report for the six months ended June 30 shows that nearly $ 600 million has been invested in the Guardian Over 50s Friendly Society, and that the company expects to spend at least $ 520 million of that money, based on the current cost of the promised funerals for prepaid customers.

While InvoCare brings in nearly $ 80 million in paper profit, the company runs the risk that the cost of delivering the promised funerals will rise – like all costs tend over time. Realizing returns on the money customers pay for prepaid funerals is one way to protect the company from and offset these higher costs to eliminate the risk of increasing funeral costs for the customer.

This is similar to insurance – for example, your home insurance premiums are not put aside so that in the worst case scenario, the insurer can pay to rebuild your home. Instead, your premiums are bundled with other people’s premiums and invested by the insurance company, which pays the claims from this money pool but also withholds the investment income to fund their business and compensate them for the risk of a flood of payouts caused by a major disaster, for example.

InvoCare will only receive the money for a funeral or any investment gains that may be made therefrom once the funeral has actually been performed. There is also a risk that the funds invested will lose value, which means that InvoCare would have to offer its prepaid customers funerals at a loss to the company.

How to buy a prepaid funeral

The Australian Securities and Investments Commission’s Moneysmart website does not see any specific shortcomings in prepaid funerals, but recommends that you request a full description of the funeral you are buying and the costs involved – any funeral service that does not deliver it Violates the Competition and Consumer Act 2010.

Moneysmart also points out that prepaid funerals can be inflexible because moving between states may not allow you to transfer the location of your funeral to your new location. And getting your money back once you’ve paid for your funeral may not be possible should you change your mind later. Hence, it is important that you look for any exclusions in your contract.

Moneysmart points out that if you still live five or ten years after purchasing the plan, prepaid funeral products can be much cheaper than purchasing funeral insurance.

Who is better for customer needs: banks or asset managers?

4 Ways To Stop Emotional Investments From Costing You Big | Smart…

What it means to be rich, according to 9 financial planners