Chile and Korea in integrating clean and reliable energy 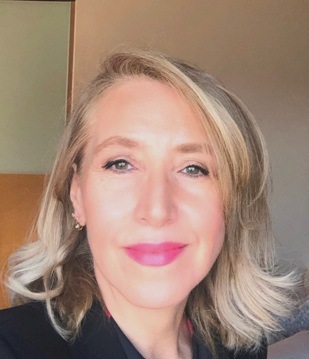 Chile recently hosted two major clean energy and innovation summits between May 31 and June 6: the Ministerial Conference on Clean Energy (CEM 12) and the Mission Innovation Ministerial (MI-6). This made it the first country in South America to host and chair both meetings, at which the world’s 23 major economies, including South Korea, came together to discuss accelerating the global energy transition.

With high-ranking guests such as the President’s Special Envoy on Climate Change, John Kerry; the businessman and former New York Mayor Michael Bloomberg; and the American philanthropist Bill Gates, the goals of these forums were clear: to promote cooperation between countries, incorporating technology and innovation; and take concrete action to accelerate the transition to clean energy, a fundamental aspect of meeting global commitments to climate change.

One of the tangible results of the Innovation Ministerial Mission was the creation of the Clean Hydrogen Mission, a space designed to make joint efforts to promote this market worldwide. Chile has teamed up with Australia, the United Kingdom and the European Union to promote a supply that is estimated to grow to $ 25,000 million by 2030.

The commitment is to increase the competitiveness of clean energy and green hydrogen and make them more accessible to the population through public policy support and collaboration with the private sector, harnessing national and international demand and abundant renewable resources Chile owns.

This important initiative complements the ambitious National Strategy for Green Hydrogen announced by Chile in 2020, which aims to make our country the most efficient producer of this energy in the world by 2030; to achieve a capacity of 5 gigawatts of electrolysis capacity in expansion by 2025; and be one of the top three exporters of green hydrogen with the lowest international cost of production by 2040.

With this goal in mind, Chile has developed an active green-hydrogen diplomacy in order to position itself internationally as a reliable and stable global supplier of clean energy. Korea can be an excellent partner for our country in developing this technology.

The synergies between Chilean and South Korean politics in relation to environmental and green hydrogen as well as the renewed commitment of Chilean President Sebastian Pinera and President Moon Jae-in at the II. P4G summit to achieve CO2 neutrality by 2050 open up great opportunities Opportunities, bilateral public and private cooperation in the implementation of the Korean Green New Deal.

In the last 10 years, thanks to advances and international cooperation, Chile has been able to develop new solar technologies to take advantage of the best solar radiation in the world in the Atacama Desert. Our goal is to achieve 70 percent renewable energy production by 2030 and deliver competitive clean fuels to the world, with the development of a green hydrogen industry driving a sustainable global economy in the years to come.

The top 15 insurance companies in the Middle East and Africa