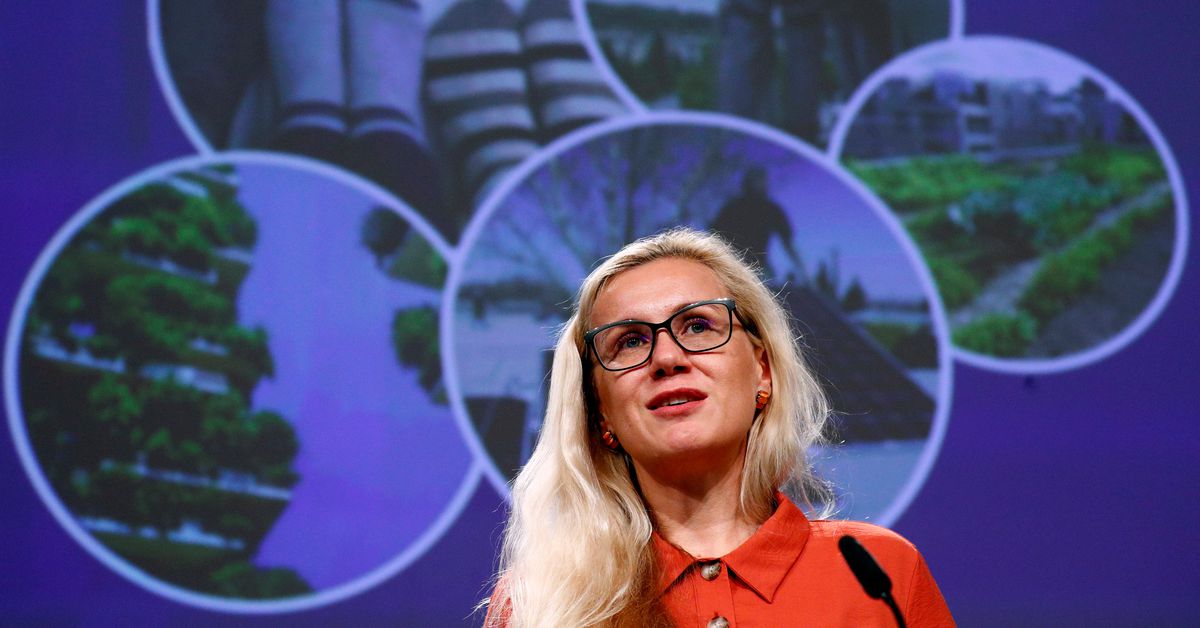 EU Energy Commissioner Kadri Simson and the Vice President of the European Commission, Frans Timmermans (not pictured), speak at the EU Commission’s headquarters in Brussels, Belgium, ahead of a joint press conference on October 14, 2020. REUTERS / Francois Lenoir / Pool

An upcoming revision of renewable energy regulations in the European Union will include measures for transport and industry where the use of zero-emission energy sources is lagging behind, the bloc’s head of energy policy said on Wednesday.

The European Commission is preparing to publish 12 climate action measures in July, all of which aim to reduce greenhouse gas emissions faster. This also includes a revision of the EU renewable energy rules.

EU Energy Commissioner Kadri Simson said the revision would encourage power purchase agreements for renewable energies and target sectors that are slow to absorb sources such as wind, solar or bioenergy – such as transport and industry.

Speaking to the European Parliament’s Industry Committee, Simson said other proposals could include labels for industrial products made with renewable energy. An example of this could be steel made in furnaces that run on renewable electricity.

The EU is well on the way to getting around 33% of its energy from renewable sources by 2030, up from an existing target of 32%. However, this needs to be increased to meet the EU’s new climate target and reduce greenhouse gas emissions by at least 55% by 2030 compared to 1990 levels.

The use of renewable energies in Europe is very different in the various sectors. Renewable sources accounted for 34% of gross electricity consumption in the EU in 2019, compared to 9% of gross final energy consumption in transport.

In addition to plans to rapidly increase the number of electric vehicles on Europe’s roads by 2030, the Commission is planning, according to Simson, “targeted measures” for hydrogen consumption in modes of transport that are difficult to electrify quickly.

Simson said the July proposals will tighten the sustainability rules that forest biomass must meet in order to be considered renewable if burned to produce energy – rules that are likely politically sensitive for Nordic countries with large forest industries.

Your Mortgage: Boost Your Score

Princeton Mortgage’s Rich Weidel on how small businesses can…