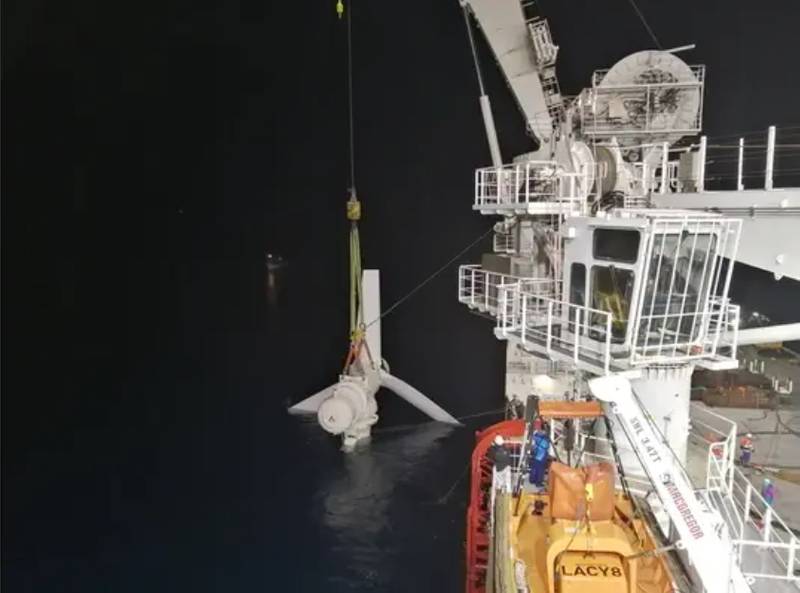 Simec Atlantis Energy (SAE) has announced that its The tidal power plant on the Japanese island of Naru passed pre-deployment inspection tests by the Japanese government.

The location where the AR500 tidal turbine installed earlier this year is installed is now recognized as an official power generation facility.

The tests were conducted by the Ministry of Economy, Trade and Industry (METI), a stakeholder in approving renewable energy projects in Japan.

“The SAE team in the UK and Japan worked closely with their customer, Kyuden Mirai Energy (KME), to demonstrate to METI that the power plant complies with national regulatory standards,” said SAE.

Some of the tests involved in the process included meeting the stated performance characteristics of the turbine under peak tidal conditions; Evidence of the ability to safely shut down the system during the highest annual flow rates; temporary resilience to an additional power outage due to a land event and safe shutdown in the event of a prolonged outage; and full testing of the turbine emergency shutdown capability in response to an emergency stop trigger from shore.

“The turbine tests, which passed during one of the strongest tides expected this year, follow a comprehensive inspection and verification process of both the onshore and offshore equipment against national electrical standards,” Said said.

According to SAE, the AR500 tidal turbine built in Scotland has been generating electricity since its installation in January 2021 and has generated more than 90 MWh of electricity with high turbine availability.

“This pilot project is the first major project of its kind in Japanese waters and has shown how the tidal industry can make a significant contribution to Japan’s drive to diversify its energy supply towards renewable sources. However, the turbine performance is deliberately limited to Japan’s deep and fast moving tidal currents that agree to restrictions for this phase of the project are suitable for arrays of commercial MW class turbines, “SAE said.

Graham Reid, CEO of SIMEC Atlantis Energy (SAE): “I am very proud of the entire team that has worked extremely hard to get the project to where it is today. We are all delighted to receive this accreditation from METI to have as confirmed the ability and reliability of our technology is a huge step forward in paving the way for the next phase of this exciting project and other future projects in Japan. “

Let the voters decide on the extreme wealth tax

REPORT: Houston Texans May Try Trading JJ Watts To Save Millions In…

Who is an “Independent” Financial Advisor? of…