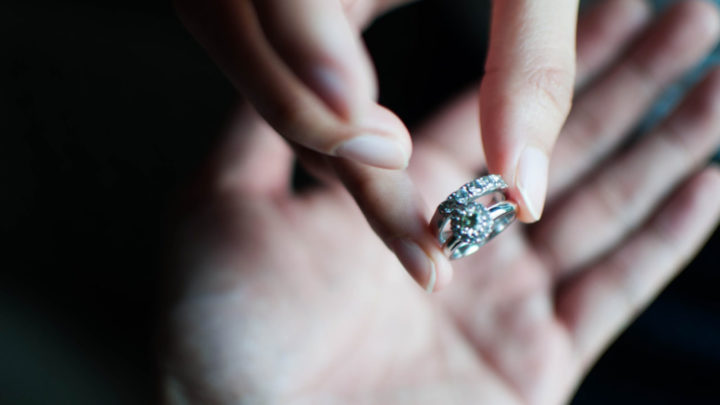 “Unfortunately, research has shown that a gray divorce can be particularly difficult financially for older women. At an age when they may expect to retire, unexpected factors sometimes lead to divorce. These include longer life expectancy, the popularity of remarriage, more financial autonomy for women, and changed attitudes about marriage. “

While Hetherington recognizes that divorce can be difficult for people of any age and gender, she said that there are certain social issues that can compound the hardship for women over 60. For example, many women in this generation may not have established careers of their own, perhaps staying home to raise children while their partners went to work. While many women may have left the family finances to their husband, he has to deal with home loans, bills, and housekeeping expenses.

“It is not uncommon to find women for whom their husbands have always managed all the finances and suddenly they are faced with trying to start over or worse, deal with someone who is trying to hide money or assets,” added her.

“I still meet many women who have no idea about family finances when they left everything to their husbands because they trusted him to do the right thing. There’s nothing wrong with that – when people have been married for a long time, they each take on their own roles in the relationship, and that doesn’t mean the husband was hiding something – but we need to gather information to know what the situation is “, she says.

One Starts at 60 The community member recently shared her personal problems in this area on a very personal blog, revealing that she struggled to find a private rental property after her divorce.

She wrote, “If a woman is widowed and is of this age group, she has likely not worked outside the home and has had no way of earning superannuation and saving or accumulating. If a woman is divorced, she, too, most likely was a housewife and may not have worked full-time until after the divorce.

“Statistics show that single women over 60 are the most disadvantaged in this country. If you are put on a list for housing, you will be put on the list quickly. Families first and i agree. But for some reason you also have an elderly couple in front of you. Maybe it’s because they can accommodate two people in the same room as one. “

Hetherington also stated that the divorce process due to wealth accumulation and retirement as they near retirement presents particular challenges for those following this avenue in their sixties, and that older women often get into litigation for claims to make their share of a family property. She is now calling on lawyers to better assist older divorcees, adding that the industry is currently too focused on those in their twenties to forties.

“The divorce process for older couples needs an extra layer to ease their transition to single life after marriage. Older people may not be as “flexible” or adaptable as younger people born of marriage. We must also look at retirement and make sure that both husband and wife can survive in their golden years.

“What we don’t see is a focus on the forgotten generation that represents ‘gray divorce’. More is happening than people think, and those over 60 deserve a lot more support than they are currently getting, ”said Hetherington.

Prepare your home for your retirement

It’s Worth It Episode 2: Should You Take advantage of your…

Workers in Japan offered early retirement of over 10,000 as the…