Industries to invest in if Vice President Biden is elected 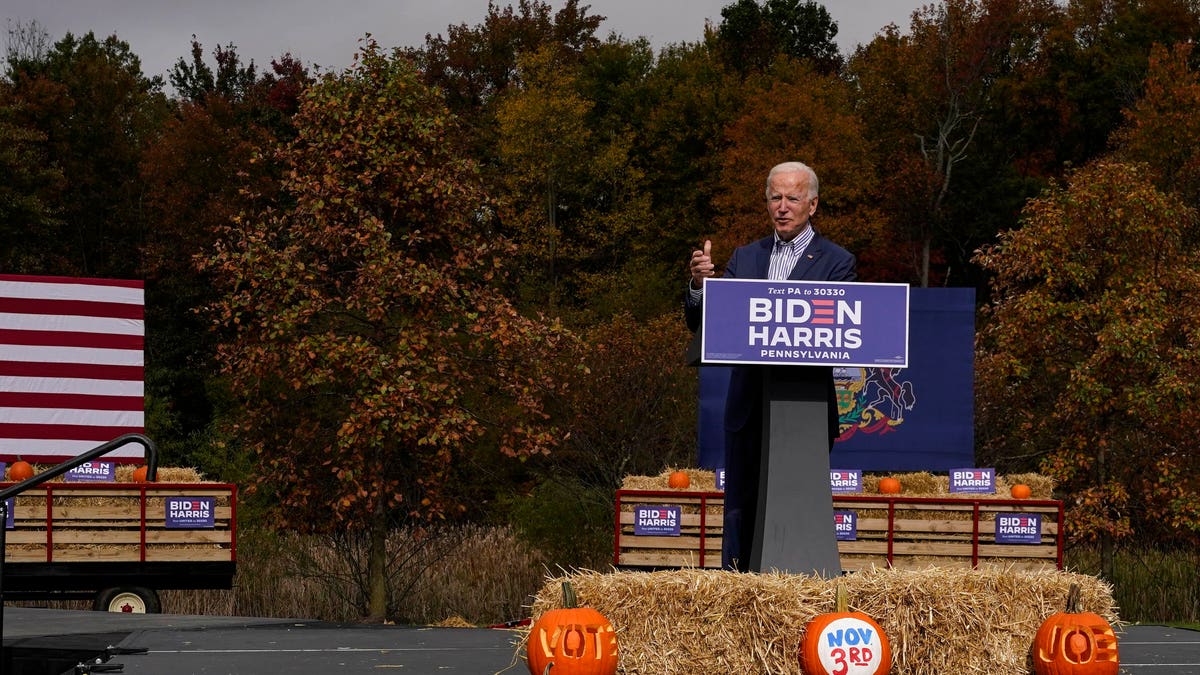 In the long term, the stock market doesn’t care who is elected president. However, in the short term, the guidelines and promises given provide each candidate with a potential upward trend for stocks in certain industries.

Here are the industries finance professionals should focus on in Joe Biden’s first term.

This is a jerky response that is often talked about when the government is restricting product availability. Such actions generate supply and demand dynamics that increase sales of the target product.

“Renewable energies are a likely area of ​​investor interest regardless of the winner, as the idea that we will continue to rely heavily on fossil fuels appears to be a train that has left the station,” said Tim Barron, CIO of Segal Marco Advisors in Chicago. “Renewable energies can count on the support of a Biden infrastructure push.”

After the last debate, it is clear that Vice President Biden has a strong idea of ​​what he wants to do in relation to the energy sector. This has the potential to uproot certain parts of the sector and uproot other parts of the sector.

“One of the biggest opportunities we see with a Biden win is in renewable energy,” said Jason Field, financial advisor at Van Leeuwen & Company in Princeton, New Jersey. “He has proposed plans to reduce carbon emissions and put real money into renewable energy infrastructure. This plan is in direct conflict with Trump’s fossil fuel based energy initiatives. ”

This is the sector you probably thought of first. It’s actually more of a mixed bag for several reasons. At least there is the potential for some really clear winners, however. “Healthcare stocks could benefit because Democrats are in favor of Obamacare, which subsidizes health insurance and should therefore be a boon to these stocks,” says Kirsner.

Except, as we learned in the final debate, it is no longer about Obamacare. Now it’s about BidenCare. And that could have significantly different effects. Or not. At least until the Covid problem is resolved.

“During the campaign, Biden campaigned for a revitalization of the Affordable Care Act,” said Paul Z. Shelton Jr., chief investment officer at Warwick Shore Advisors in Orlando, Florida. “If Biden wins, he will still ultimately have to deal with the Covid pandemic and BidenCare will most likely stay in the back seat indefinitely. Additionally, I believe that potential market volatility due to changes in the health mandate was largely priced in at the start of the Affordable Care Act. “

This has been a tempting sector for some time as many states have dramatically relaxed restrictions on the use of this substance. There was one problem, however. With all progress at the state level, the federal government keeps its laws on the books. That can change under a new Biden administration.

“The cannabis industry will benefit if Biden wins,” said Peggy Haslach, financial advisor at The Finity Group in Seattle. “Currently, most counselors and retirement plans cannot work with people who benefit from the cannabis industry under federal law. I see this change when Democrats take over the White House, Senate, and House. “

However, there is a possibility that the market has priced this into the relevant stocks. “More market participants seem to be operating under the assumption of a Biden victory, many sectors are already affected,” says Barron. “Under a Biden government, cannabis is a projected winner with the potential for federal legalization.”

After all, there could be more ways to squeeze your way out of the pandemic.

“Biden is more in favor of Covid-related restrictions,” said Ryan D. Brown, partner and attorney at CR Myers & Associates in Southfield, Michigan. “If this becomes a reality for America in the next few months, tech companies will continue to see their values ​​rise as more Americans become dependent on their technology platforms to work and live.”

When all is said and done, entertaining as it is to speculate on specific opportunities based on new and continued federal guidelines and regulations, companies will end up surviving and thriving no matter what direction the political winds take.

“Elections are often polarizing and emotional, and any party tends to believe that if the opposition wins, the world will collapse,” said Brendan Erne, director of portfolio management for Personal Capital in San Francisco, California. “But the reality hardly changes. Regardless of which party wins, returns tend to be positive in both election year and first year in office. In other words, it’s okay to be concerned about politics, but we believe it’s best not to let presidential elections affect your investment decisions. “

How to Find Affordable Car Insurance as a New Driver

The digital mortgage software market will register a healthy CAGR…

Inflation fears in the stock markets have been overcome as…